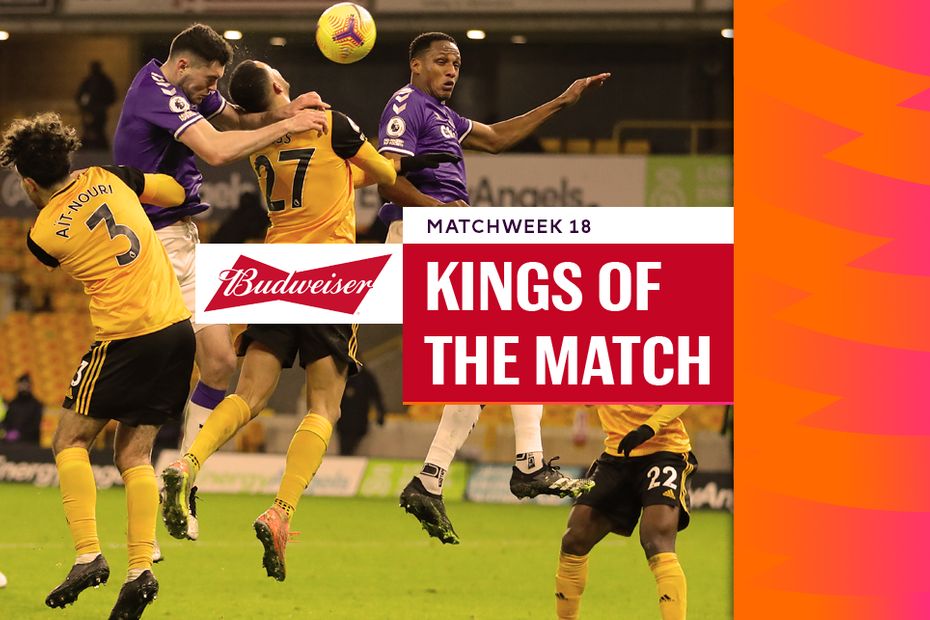 See which players earned the backing of supporters, including Everton's Michael Keane

Supporters voted in their thousands to crown their Budweiser Kings of the Match in Matchweek 18.

The Newcastle United goalkeeper made three saves but was finally beaten by a penalty as his side lost 1-0.

The Manchester United midfielder scored the only goal to take his side to the top of the Premier League table.

Keane headed in the winner, his third Premier League goal of the season. He just pipped Wolverhampton Wanderers' Pedro Neto to the award.

The Manchester City midfielder produced an accomplished all-round display and coolly scored the winning goal to take 36.6 per cent of the vote, just ahead of his team-mate Joao Cancelo.

The Tottenham Hotspur striker opened the scoring with a wonderful diving header and worked hard to help defend the lead. While Spurs ultimately conceded, Kane earned two-thirds of fans' votes for his efforts.