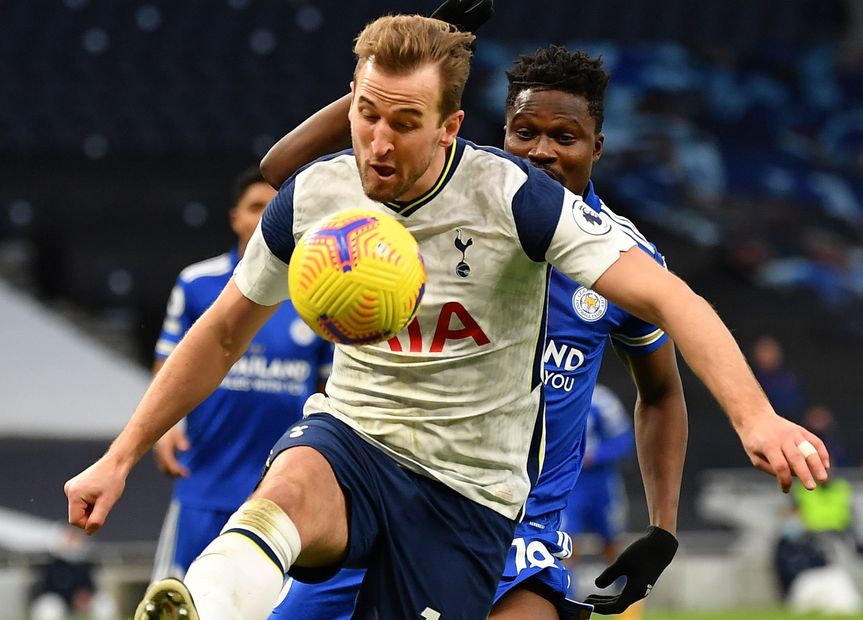 New Player to Coach Scheme a positive step, says Moore
'Black and Asian players can get a foot in the door'
'Footballing genius makes Kane and Son stand out'

Jose Mourinho's use of Harry Kane as an attacking midfielder has been one of the most interesting tactical developments of 2020/21.

It was a hugely productive strategy for Tottenham Hotspur early on in the campaign.

Kane would drift off into space, consistently helping to free up room for Son Heung-min to run in behind opposition defences.

Eight of Kane's 10 assists before Christmas produced goals scored by the South Korean.

Just one of his assists for Son was made by a pass inside the final third; and all of them were in a vertical direction.

Spurs produced some intelligent and unusual rotational movement to score 15 goals in their opening five matches.

Pierre-Emile Hojbjerg and Moussa Sissoko would drop into the back four, leaving a hole in midfield for Kane and Tanguy Ndombele to occupy.

In front of them, Spurs' wide forwards Son and Steven Bergwijn drove infield to take up positions normally frequented by strikers.

This interchanging of roles created hesitation among the opposition defenders, leaving Kane to take advantage and make a decisive pass.

A prime example came at home against Arsenal when Kane slipped the ball through for Son to score.

Spurs also build from a similar framework when they attack on transitions that begin in their own defensive third.

In a low six-man block, Hojbjerg and Sissoko often fill the gaps across their defence, with Kane and the attacking midfielder dropping back.

This allows Spurs to keep at least one if not both wide forwards in more advanced positions, where they can cause the most damage.

Kane's role within the Spurs side has allowed him to get involved in the build-up play with far greater frequency.

For Mourinho it has to be a plus that his best player is seeing more of the ball.

With 11 assists to his name, Kane has easily surpassed his previous best of seven in 2016/17. In fact, his highest total since then was four.

After 15 matches of this campaign, they had scored just as many goals as in previous seasons.

But they are spending far less time putting opponents under sustained pressure and are carving out significantly fewer chances.

By Matchweek 15 only three teams had enjoyed fewer touches inside the area, and Mourinho’s men were ranked 15th for key passes in open play.

Since 2017/18 they have had a 36 per cent drop for touches in the opposition box and a 42 per cent downturn in key passes from open play.

So while the Kane-Son partnership has caught the eye, there are question marks over the sustainability of Mourinho's approach.

His penchant for getting men behind the ball before springing fast breaks undoubtedly suits the players in his squad.

However, there is pressure on them to be ruthless when opportunities arise.

If Spurs shot-conversion rate drops from 21.2 per cent, which was third best in the PL after 15 matches, their results will suffer.

As the season progresses, Spurs must find a way of adapting to different styles to their plan A.