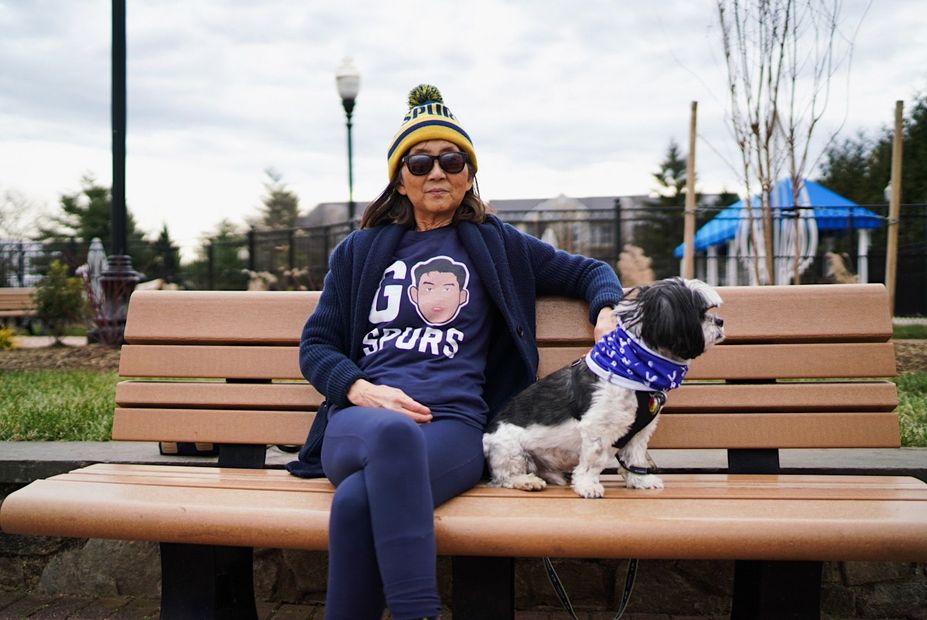 This season, the Premier League's US Instagram account, @PLinUSA, has been highlighting the passionate, diverse PL fandom from coast to coast in the series Premier League passion in the US.

Meet Sun Min Kimes, an immigrant from Korea who found an unexpected passion for Tottenham Hotspur thanks to a connection with her children.

"I left Korea in 1980, when I met my husband before moving to Japan and then to here in the US.

"I was familiar with soccer because my children played from an early age all the way up to varsity.

"I travelled around with them playing but I didn't know all the rules and all these things about the game. I only loved it because they were playing.

"But I got into Spurs about two or three years ago, when my son was looking for a team and he found that Son Heung-min was playing for them.

"So he told me he had found a team and I also started watching it.

"At first I was kind of slowly getting into it, I didn't really mean to get into it at all.

"Then I'm reading articles, seeing tweets from the @meninblazers, these kinds of things, and somehow it just grew on me. Now I just love the game.

"I’m partial, because we are both Korean, but what I liked about Son is what kind of person he was on and off the field. It's not only his skillset but his mannerisms are so positive and happy-go-lucky.

"I always see something good, like his smile, and with his interactions with other players, he can be mischievous and funny.

"When I’m at home, I yell and I scream. My dog used to get scared, but he’s used to it now. One time I even took a video of my trembling hand after a goal and sent it to my daughter."

"I watch the games pretty much 100 per cent at home - just myself and the game.

"When I'm at home, I yell and I scream. My dog used to get scared but he's used to it now. One time I even took a video of my trembling hand after a goal and sent it to my daughter.

"I am kind of an emotional person, I don't keep things to myself - the heartbreak and the joy, the up and down.

"For instance, I'm pretty much talking to my son on a daily basis about Spurs - happy, angry, or sad.

"We were supposed to go to the new stadium but then he had a child, so we had to postpone. Now, it's on my bucket list to go there."