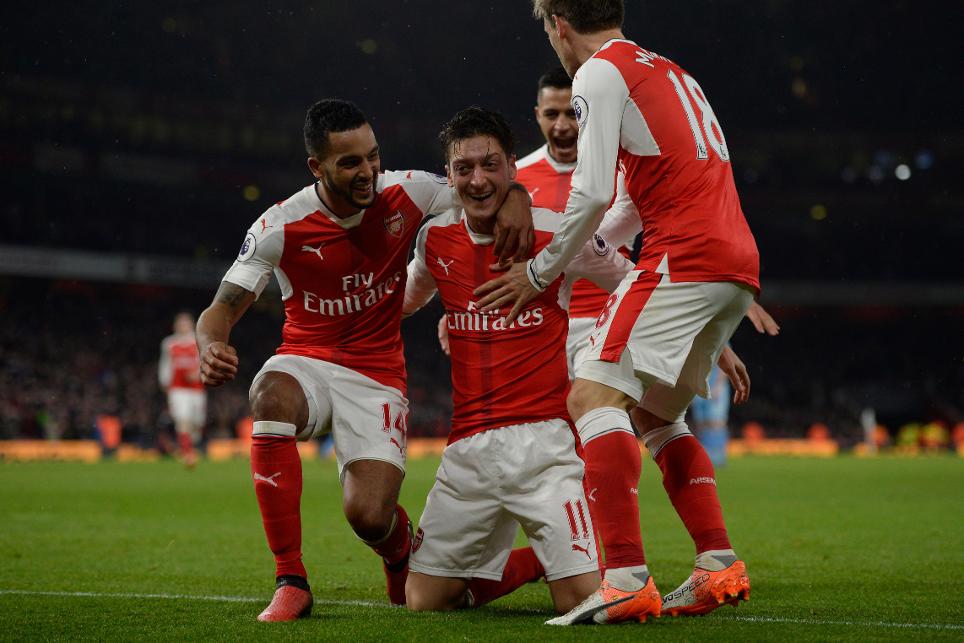 Walcott - Everybody is contributing External Link

Alexis - How I relax away from football External Link

Scoring 32 in the Bonus Points System (BPS), the Arsenal playmaker netted his side’s second against the Potters. He also completed 89% of 66 attempted passes, two of which created goal scoring opportunities for team-mates.

The Scotland international put Stoke ahead from the penalty spot and produced a strong all-round performance that included seven recoveries and as many clearances, blocks and interceptions (CBI).

Hector Bellerin (£6.4m) collected a single bonus point thanks to a BPS score of 26.

Walcott did top the ICT Index, however, thanks to a Gameweek-high total of 19.6.

The Arsenal wide man posted a Threat score of 146 – his highest of the season – firing all six of his attempts on goal from inside the box. He also registered 11 touches in the penalty area and three shots on target.

The Chilean created five scoring opportunities and supplied the assist for Alex Iwobi’s (£5.8m) goal. Sanchez also registered three efforts of his own, all from inside the Stoke City penalty area.

The number one transfer target for Gameweek 15 with 17% handing him the captaincy, Sanchez’s assist ensured that he remained top of the FPL overall standings.

But Walcott and Ozil remain viable options to sit along with the South American in our squads.

SCOUT: Ozil has 2 goals and 3 assists in his last 6 Gameweeks, while Oxlade-Chamberlain has recorded 4 assists over the same period #FPL pic.twitter.com/jDe7dHCm7E

Both are among the top eight midfielders, with Ozil producing two goals and three assists in the last six rounds of fixtures.

Alex Oxlade-Chamberlain (£5.8m) is also a consideration following his assist for Ozil's goal.

He is likely to remain ahead of Iwobi for the role on the left after supplying a goal and four assists over the last six Gameweeks.

Bellerin’s return from injury, allied with Mustafi’s injury, suggests that Gabriel (£4.8m) is likely to partner Laurent Koscielny (£6.6m) in central defence over the festive period.

The Brazilian would offer a cheaper route into Arsene Wenger’s rearguard.

But the Gunners have been far from resilient in recent matches, managing a single clean sheet over the last eight Gameweeks.

"The intensity, the commitment and the hard work is showing"https://t.co/hR812Aan8B

With Jon Walters (£5.6m) missing out due to a slight knock, Marko Arnautovic (£7.2m) was fielded as the Potters’ lone striker.

This allowed Joe Allen (£5.2m) to reclaim a spot in Hughes’ starting XI.

Utilised as a substitute against Burnley in Gameweek 14, the Welshman was awarded the assist for Adam’s spot-kick.

Owned by 12.2% of FPL managers, Allen will be hoping to retain his starting role for the midweek Gameweek 16 meeting with Southampton.