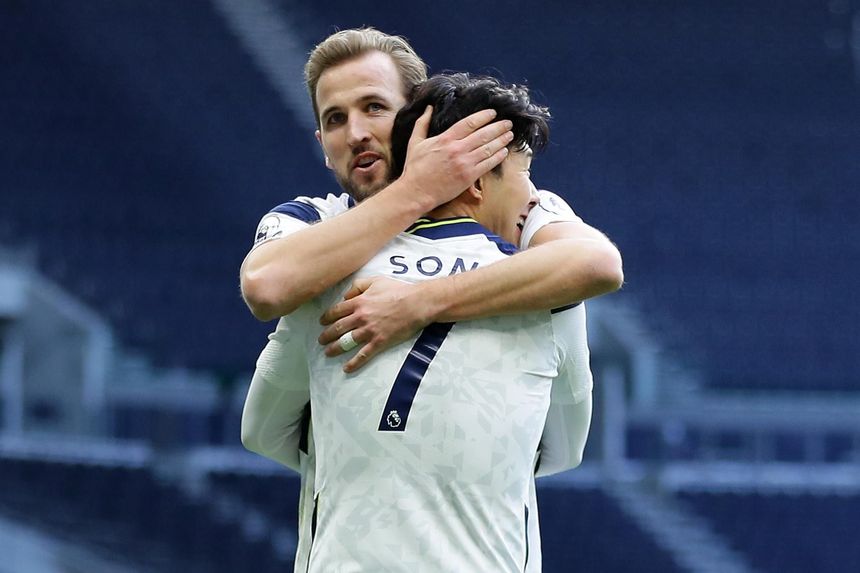 Spurs pair provide one another for a 13th goal this season, equalling the mark set by Alan Shearer and Chris Sutton

When Harry Kane crossed for Son Heung-min to score and put Tottenham Hotspur 2-0 up against Leeds United the pair matched a Premier League record of more than 25 years.

It was the 13th time the Spurs pair have combined for a goal this season, equal to the number achieved in an entire season by Alan Shearer and Chris Sutton for Blackburn Rovers in their title-winning season of 1994/95.

Of those 13 goals, nine were like the one against Leeds, scored by Son from Kane assists, with the South Korean providing for his English team-mate four times.

Son's goal was also special in that it was his 100th in all competitions for the club.

Kane and Son are now only three off the record for the most goal combinations between two players in Premier League history, held by Chelsea legends Didier Drogba and Frank Lampard.

Kane's first assist in six Premier League matches took his total this season to a league-leading 11.

The striker remains on course to break the competition record of 20 in a single campaign, achieved by Arsenal's Thierry Henry in 2002/03 and by Kevin De Bruyne, for Manchester City last season.

🤩 𝟭𝟯 🤩 No duo has ever combined for more goals in a single @premierleague season than these two. #THFC ⚪️ #COYS pic.twitter.com/pVCxXsyk1c