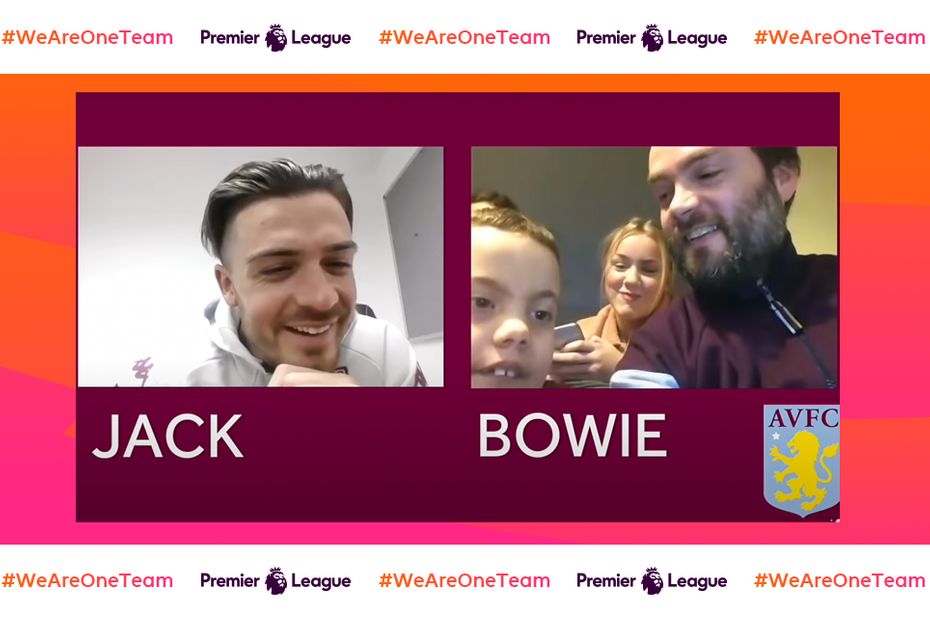 Over the festive period, Aston Villa captain Jack Grealish has made surprise calls to give a boost to families who have been going through challenging times.

One of those who received a call was eight-year-old Bowie Rix, who has a rare genetic condition called Bohring-Opitz syndrome.

And Grealish delighted Bowie's Villa-supporting family by calling up for a chat, taking questions from the family and talking about his own experiences of having a sister who has cerebral palsy.

Grealish also promised to meet up with Bowie and his family at Villa Park once supporters are allowed back at the ground.

The call was part of a series of virtual meet-ups organised by the club over the festive period.

One of those involved head coach Dean Smith, who spoke with members of Aston Villa Foundation's Dementia Activity Cafe, which offers people living with dementia an opportunity to engage in physical activities and mental stimulation.