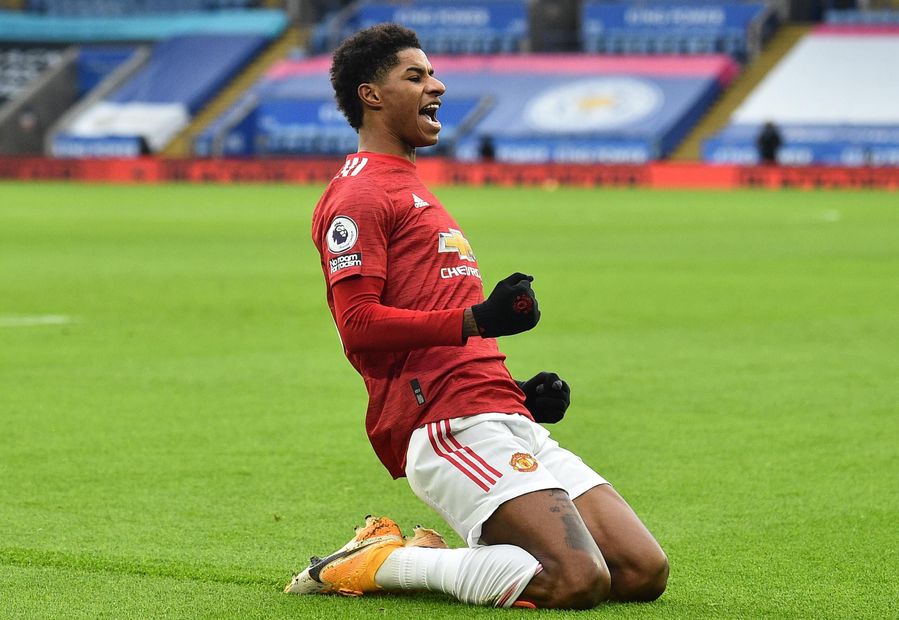 Rashford: That was the best night of my life External Link

With his goal for Manchester United in their 2-2 draw at Leicester City on Boxing Day, Marcus Rashford reached a half-century in the Premier League and joined an exclusive selection of goalscorers.

Rashford's opening goal was his 50th in the competition, making him, at 23 years and 56 days old, the third-youngest Man Utd player to reach the milestone after Wayne Rooney and Cristiano Ronaldo.

To put his achievement into context, his goal has put him among the 10 youngest players to reach their half-century in the history of the Premier League.

Rashford is seventh on the all-time list, which is headed by Robbie Fowler, who reached the landmark aged just 20 years and 252 days.