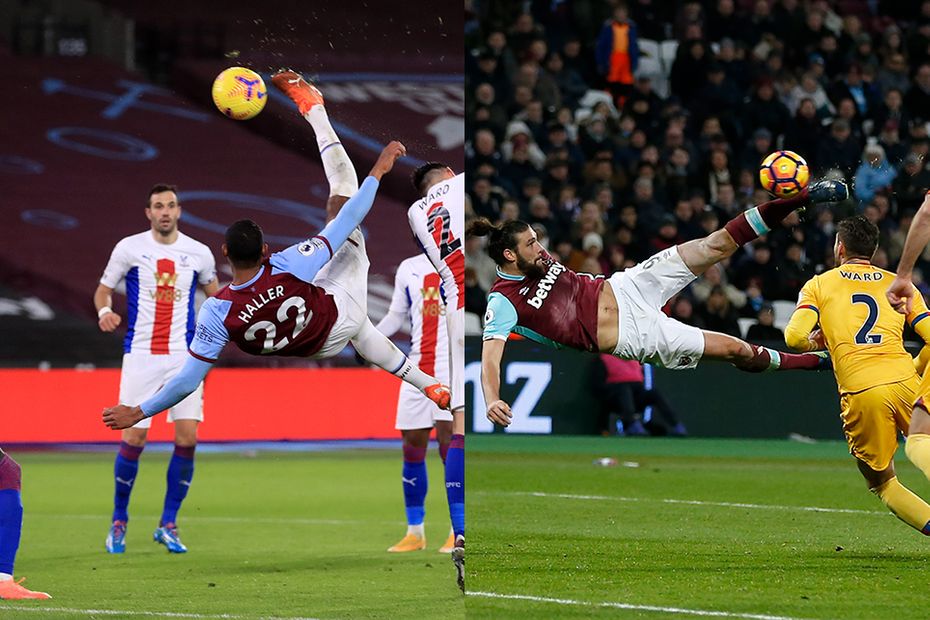 Pick your favourite out of December 2020 and January 2017 Budweiser Goal of the Month winners, both for West Ham v Palace

Sebastien Haller has won December 2020's Budweiser Goal of the Month award with his sensational overhead kick for West Ham United at home to Crystal Palace.

The strike by Haller, who has since moved to Dutch club Ajax, gave the Palace defence a familiar feeling as the forward emulated Andy Carroll by scoring an acrobatic goal at home to the Eagles in the same fixture.

As Vladimir Coufal crossed into the box, Haller leapt into the air and swivelled to score with a stunning overhead kick in the 1-1 draw at London Stadium.

It came nearly four years after Carroll powered in a scissor-kick in the same fixture and into the same goal.

And, as with Haller, it was Palace defender Joel Ward whom Carroll beat in the air with his effort in January 2017. Carroll also won the Goal of the Month prize for his effort.

But which of the goals was better? Have your say and vote for your preferred strike.