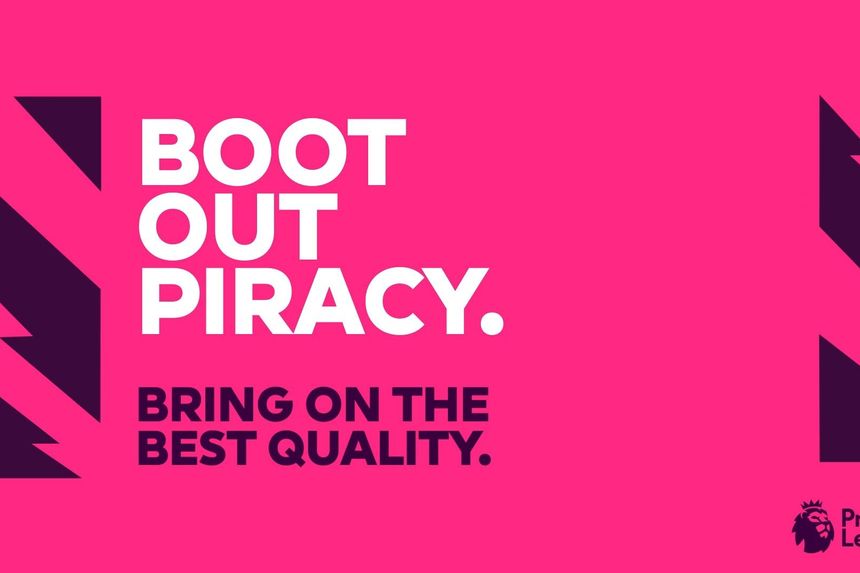 The Premier League has launched the second phase of its anti-piracy campaign in Malaysia and Hong Kong.

The "Boot Out Piracy" campaign, launched in collaboration with broadcast partners Astro and PCCW, will continue to highlight the dangers that illegal football streams pose to fans, from data theft to malicious malware, as well as emphasising the poor viewing experience through broken links and delays.

Launching today, 16 December, the campaign will feature images of fan favourites such as Manchester United’s Marcus Rashford, Leicester City’s Jamie Vardy, Tottenham Hotspur’s Son Heung-min and Liverpool manager Jürgen Klopp, as the Premier League urges consumers to “Go for the Best” and “Bring on the Best Quality” when watching games.

The anti-piracy message is set to be displayed across digital platforms in Malaysia and Hong Kong.

The Premier League is committed to tackling piracy and continues to work closely with its official broadcast partners in the region to educate consumers on the dangers they face when watching illegal football streams.

Across the Southeast Asia region, the Premier League has also been targeting those responsible for operating illegal football streams and bringing them to justice through the courts.

In addition to successfully blocking multitudes of illegal sites and apps across the region, this also includes criminal actions against the suppliers of illicit football streaming devices, which not only provide poor quality content but also create opportunities for cybercriminals to target Premier League fans.

Premier League Director of Legal Services Kevin Plumb said: “This campaign is an important part of our education to fans. We will continue working with our broadcast partners to fight piracy and disrupt illegal Premier League streams. However, we want to ensure supporters really understand that piracy is not only illegal but also brings with it many risks.

“Illegal Premier League streaming also means missing out on watching high-definition games in real-time with expert commentary and insights from players and managers. We want fans to enjoy the best Premier League viewing experience possible via official broadcast channels, not via broken and delayed illegal sources which also bring with them a great risk of malicious malware and ransomware.”

CK Lee, Head of Sports at Astro, said: “With the 2020/21 season now in full swing and spectators returning to the stadiums, fans in Malaysia can be part of the excitement on Astro, where they get the most comprehensive coverage and high-quality football viewing experience.

"Watch all remaining matches of the season live in HD and streaming on Astro GO; with selected matches in 4K UHD with our Ultra Box and Astro Broadband. There's also 500 hours of supporting programmes like Fanzone, The Kelly & Wrighty Show, Premier League Today, classic matches, pre-match shows, post-match discussions and match highlights on TV and our digital platforms."

Mr. Derek Choi, Head of Pay TV of PCCW Media Limited, said, “With the 2020/21 season already showing such an energetic and exciting start, we want fans across the city to be entertained by their favourite players and teams on matchday without risking their security. Fans can catch all 380 matches for the 2020/21 season live in HD and selected matches in 4K quality on Now TV and Now E."

With tens of millions of football fans in Malaysia, the Premier League is a member of Asia’s Coalition Against Piracy and continues to collaborate with industry organisations to tackle the new challenges faced by broadcasters in wider region.