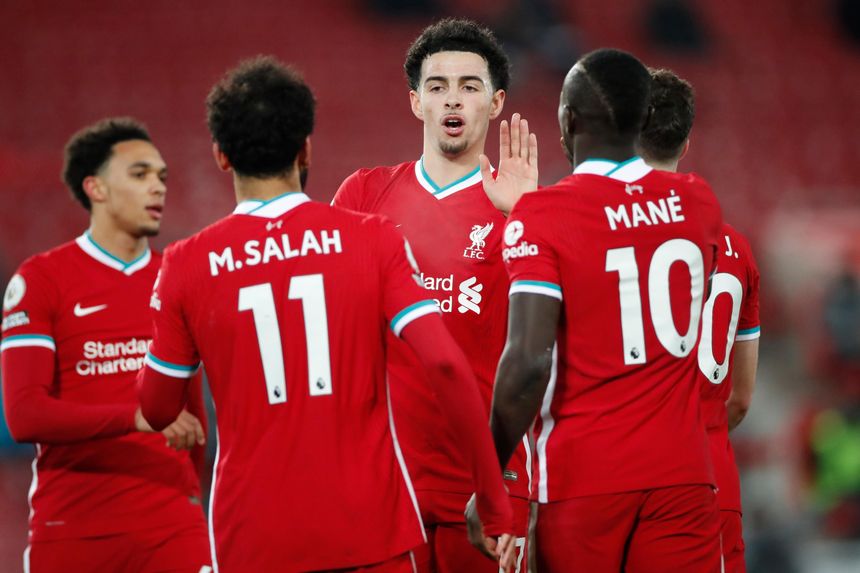 Curtis Jones: Klopp's faith in me is massive... I want to repay him External Link
Jones proud of 'huge' 2019/20 after winning PL2 Player of the Season

The manager on Jose Mourinho and Tottenham analysis External Link

Teenage midfielder Curtis Jones is fast establishing himself as a first choice for champions Liverpool.

Fabinho’s switch to centre-back has opened the door for the 19-year-old midfielder, and he has seized his opportunity.

Adding drive, composure and a goal threat, his box-to-box style has been compared by some to club legend Steven Gerrard.

He was Liverpool’s best performer in the 1-1 draw with Fulham and looks set to play a key role against table-topping Tottenham Hotspur.

Jones is equally comfortable on the left or right side of a midfield three, and he gives Jurgen Klopp’s midfield more fluidity.

He also adds a healthy dose of youthful enthusiasm. None of Liverpool’s other central midfielders cover as much ground, or make as many sprints.

Jones is a naturally positive player who could also play out wide or as a No 10. But he has worked hard on the defensive side of his game.

Klopp now knows he can trust the academy graduate to regain possession just as effectively as his other central midfielders, while also supplying attacking thrust from deep.

Jones may be a Premier League rookie but he is already a commanding figure.

If you exclude summer signing Thiago, who has barely featured this season, captain Jordan Henderson is the only Liverpool midfielder who makes more successful passes per 90 minutes.

Jones also boasts a 92 per cent accuracy, the best in Klopp’s squad, and an impressive 91.3 per cent in the opponents' half.

Spurs are likely to sit in and play on the counter-attack at Anfield, and they will need to be wary of Jones travelling with the ball at his feet.

They often drop Moussa Sissoko and/or Pierre-Emile Hojbjerg into the back four out of possession, and when that happens Liverpool’s teenage midfielder will look to surge into the final third.

As the stats above outline, he is a well-rounded midfielder who contributes creativity and shots on goal in addition to the more basic qualities required to play in his position.

If he maintains the high standards he has set so far this season, England manager Gareth Southgate will surely keep an eye on Jones ahead of the summer’s European Championship.

The fact he is set to be a key figure for Liverpool in this high-stakes top-of-the-table showdown underlines his progress.