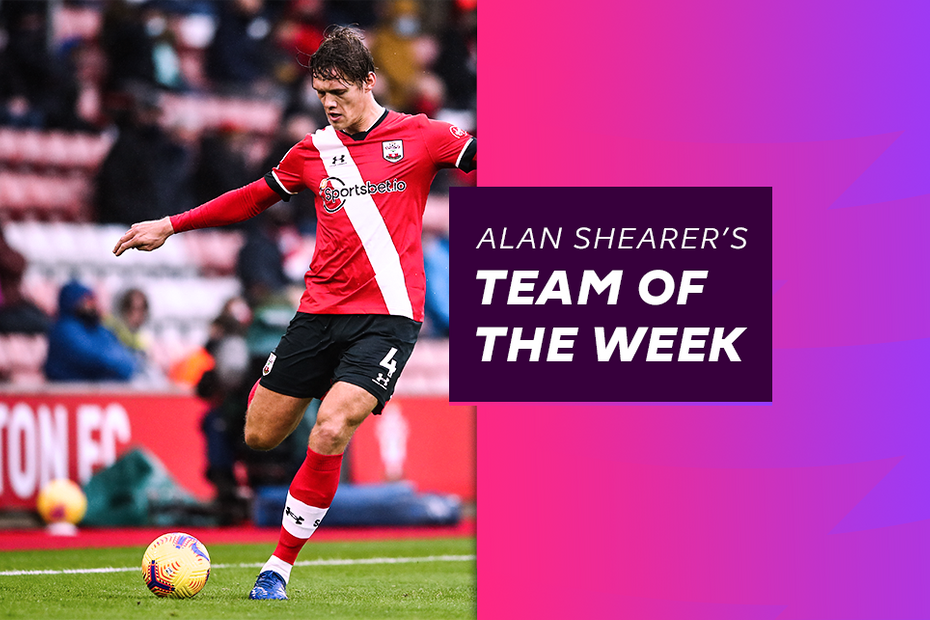 Southampton have caught the eye in attack this season but the all-round performance of Jannik Vestergaard was integral to their 3-0 victory over Sheffield United.

Showcasing his range of passing and dominating in the air, Vestergaard was imperious as Southampton kept a joint-league best fifth clean sheet of the season on Sunday.

He is one of two Saints players selected in the Team of the Week of the Premier League's all-time leading goalscorer, Alan Shearer.

"Was crucial for Aston Villa, making a season-high seven saves including a fine stop to deny Leander Dendoncker in the second half."

"Growing in confidence by the week, he supplied a superb cross to set up Jamie Vardy and was also involved in the opening goal."

"A commanding presence for Everton, he led a Toffees backline who held firm to keep a first clean sheet since Matchweek 1."

"Another outstanding performance from the central defender, who was part of a Southampton defence who didn’t allow a single shot on target."

"Stepping into central defence after recovering from illness, Hayden provided extra mobility at the back for Newcastle United."

"Provided great energy down the left flank. He linked well with Ademola Lookman and contributed to another much-improved defensive showing from Scott Parker’s side."

"Simply a magnificent display. His second goal was a wonderful effort. Back to his best after an injury-disrupted start to the season."

"His running power and ability to get his team playing was again on show as his side fought-back to triumph at Leeds United."

"Put in a great shift in central midfield and showed great composure to score from the spot."

"Was in the right place and the right time to score his 10th goal of the season and linked superbly with Maddison throughout, setting up both of the midfielder’s strikes."

"Made it four goals in eight matches with his early strike and also created four chances, more than he has in any match this season."

"His side carried a threat on the counter-attack, while they were well-organised in defence, with Mason Holgate and Ben Godfrey filling in ably in the full-back positions."