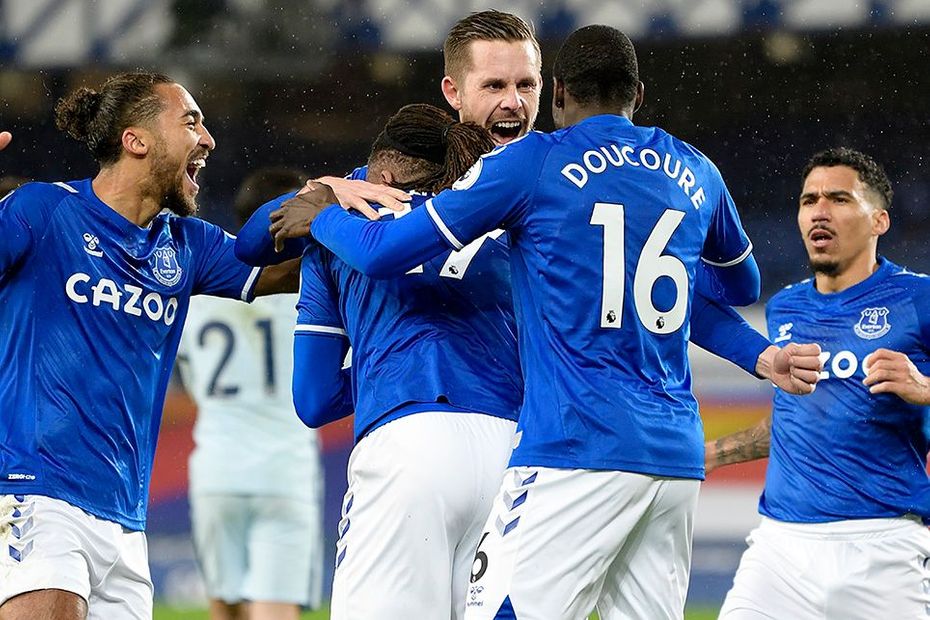 Gylfi Sigurdsson's penalty was enough for Everton to see off Chelsea 1-0 at the weekend and extend his impressive goal tally against the Blues.

For more on this and all the must-know facts from the 12th round of fixtures, read below. To see the reports and key data for the matches, click on the results.

No side have scored more set-piece goals, excluding penalties, than West Ham United's eight this season, level with Chelsea. And no other team have conceded more from such situations than Leeds United, level with Leicester City on seven.

Anwar El Ghazi's penalty was Aston Villa's fourth winning goal in the 90th minute or later since the start of last season, double that of any other side.

Of Newcastle United’s 14 Premier League goals in 2020/21, eight have come in the final 15 minutes, a 57 per cent share that is the highest in the competition.

Three of the last four times Manchester City have had fewer than 10 shots in a Premier League away match have been at Old Trafford.

Sigurdsson’s six Premier League goals versus Chelsea are the most he has scored against a single opponent. He has netted twice against them for each club he has played for, Swansea City, Tottenham Hotspur and Everton.

Stuart Armstrong scored his fourth goal from outside the box in 2020. Only two players can match or better that tally and both are from Southampton, with Danny Ings netting five and James Ward-Prowse on four.

Since Jose Mourinho’s first match in charge of Spurs, Harry Kane has been directly involved in 43 goals (29 goals, 14 assists) in all competitions, more than any other PL player.

Fulham are the first promoted club to avoid defeat in the PL against Liverpool since Newcastle in October 2017 (also a 1-1 draw), ending the Reds’ 18-match winning run against such sides in the league.

Burnley have claimed their first top-fight victory over Arsenal since September 1974, ending a 15-match winless run against the Gunners (D4 L11).

Leicester are unbeaten in all seven of their PL meetings with Brighton & Hove Albion (W5 D2), the most they’ve faced an opponent without losing in the competition.