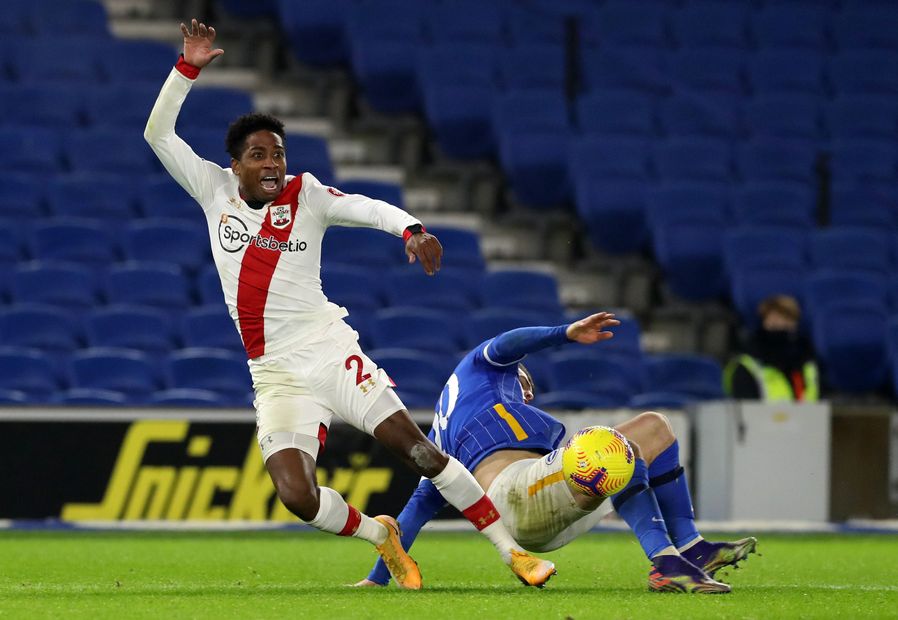 Former Premier League referee Chris Foy explains the processes behind the decisions made by the on-field match officials and Video Assistant Referees from Matchweek 11.

Incident: Manchester United goalkeeper Dean Henderson's clearance along the touchline appeared to go out of play in the build-up to Paul Pogba's equaliser at the London Stadium. It was missed by the on-field officiating team and VAR was unable to overturn.

As Henderson played the ball, the assistant referee was looking across the line to determine if there was an offside. He clearly wasn't able to look in two places at once, so it was missed.

Incident: Towards the end of the first half, Sheffield United’s Max Lowe fouled Ayoze Perez as he broke towards goal. Lowe was on a booking, but was not shown a second yellow card for the offence.

Foy’s view: Lowe can count himself lucky. It was a foul that could well have brought a second yellow, but the referee felt differently. VAR cannot intervene on second yellow cards, so the on-field decision remained.

Where VAR did intervene

Incident: Southampton were awarded a free-kick just outside the area by the referee when Solly March fouled Kyle Walker-Peters. But the VAR advised that the offence occurred just inside the area and that a penalty should be awarded, which it was.

Foy’s view: This was a really interesting call and one that has divided opinion. Some feel that because the first contact was outside the area, the free-kick should remain. Others feel the actual offence occurred inside the area. Remember, the line counts as part of the penalty area.

To break it down, the first contact between the players was on the edge of the area. That is clear. But that contact continued into the area and there was a tangle of legs between March and Walker-Peters. The referee awarded a free-kick.

The VAR looked at the incident to determine where the actual offence took place and, because this was a factual decision - a yes or no on whether it was inside or outside - the pitchside monitor was not required and clear and obvious does not come into play.

The VAR took the necessary time to confirm that the foul was inside the area and advised the referee to award a penalty.

Incident: Wolverhampton Wanderers were awarded a penalty after it appeared Sadio Mane kicked Conor Coady in the area. The VAR reviewed the incident and advised the referee to look at the pitchside monitor. On doing so, he reversed his decision.

Foy’s view: This was great use of VAR. On first viewing, it looked a penalty, and you can understand why the referee pointed to the spot.

It was only when you watched the replays that you could see Mane didn't make contact with Coady.

The VAR could have advised the referee to book Coady for simulation. But the restart was a dropped-ball as the VAR felt that Coady was anticipating the contact and went to ground rather than deliberately attempting to deceive the match officials.