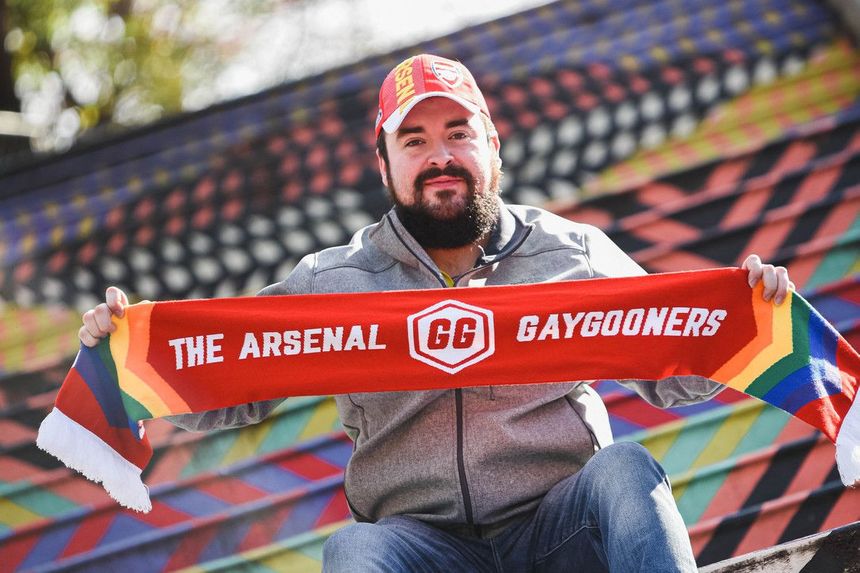 Meet Marcus, a die-hard Arsenal fan and proud Gay Gooner in Knoxville, Tennessee who refuses to be anything but himself.

"I will never back down from being a gay person and from being a Gay Gooner, because that’s who I am. I’ve been out since I was 15 years old.

"A few years ago, I retweeted something about Arsenal and the Rainbow Laces campaign, and a lot of people were in my mentions with downright homophobic rhetoric. But I’m the kind of person where if you tell me to hide myself, I’m only going to be myself on a bigger scale.

"In 2010 it was the World Cup and a lot of my friends at college were football fans. I never was, so for me, I just said 'Why not?' I fell in love with the game completely.

"I latched on to the German national team since a lot of the work I was doing as an opera major was centred around the German language, art, culture, and music.

"About four years later, I decided I needed a club team to support, and Arsenal had my favorite player - Lukas Podolski. From there, I found my home.

"Then in 2016 I became one of the founders of the Knox Gooners. and we could really set the bar to what we accept for our group. I think we have one of the best groups around.

"I came across the Gay Gooners, one of the first and largest LGBTQ supporter groups in the Premier League, on Twitter. It was one of the years they marched in Pride, and it was almost a revelation for me because I’m the only visible, out gay fan in town.

"To know my club supports Gay Gooners, that they are active in supporting Rainbow Laces and Stonewall, that’s such a big thing"

"Being visible like that is so incredibly important. To know my club supports Gay Gooners, that they are active in supporting Rainbow Laces and Stonewall, that’s such a big thing. Not only do I love the club, and even though they don’t know me, they support me as a gay person and as a gay fan.

"If even one person who thinks sports isn't for them or they have no place can see me and that can change their mind, then that is the most important thing.

"I want you to know personally that not only me, but many people like me, have a space for you.”