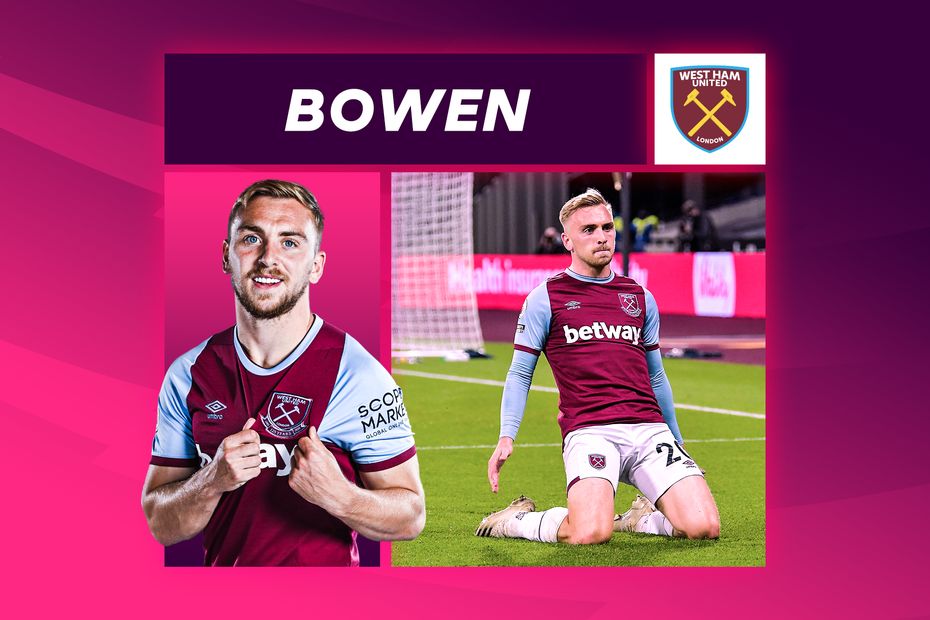 West Ham United have developed a clear tactical identity this season, and Jarrod Bowen has been integral to their success.

The 23-year-old has started every Premier League match in 2020/21 and scored four goals in a settled starting XI.

Nominally positioned on the right wing, Bowen is encouraged to sprint in behind defenders on the counter-attack.

It is a skill that Leeds United will need to be wary of in Matchweek 12's opening fixture on Friday.

Bowen does not simply hug the touchline.

The midfielder is elusive with his movement and has caused problems recently against Leicester City and Manchester United.

Bowen scored in a 3-0 win over the Foxes and frequently got through the Man Utd defence in last weekend's 3-1 loss.

He is given freedom to switch flanks or pop up in central areas, as he did when he scored a headed winner at home to Aston Villa last month.

During the latter stages of 2019/20, Bowen was arguably more of a creator than a goalscorer.

He delivered 35 crosses into the box from open play last term. But in roughly the same number of minutes this season, that figure has dipped to 23.

That is partly due to the arrival of adventurous right wing-back Vladimir Coufal, who has allowed Bowen to move infield more regularly.

As a result, Bowen can operate as a second striker and increase his goal threat.

Michail Antonio’s roaming style as the main centre-forward is a good fit for Bowen as the pair can naturally switch positions.

And Bowen has become more relaxed and composed in front of goal, improving his shot conversion rate from 7.1 per cent last season to 30.8 per cent this term.

Bowen has also got better at carrying the ball this season.

But he is being more selective with his attempts this term, with 10 of his 21 attempted take-ons being successful.

Leeds like to commit bodies forward when they attack, so West Ham’s strength on the break will be a concern for Marcelo Bielsa, whose team have often been exposed with a high line.

For West Ham, David Moyes and his coaches have clearly worked with Bowen on developing the timing of his runs.

It is something that could have a huge bearing on Friday's match at Elland Road.