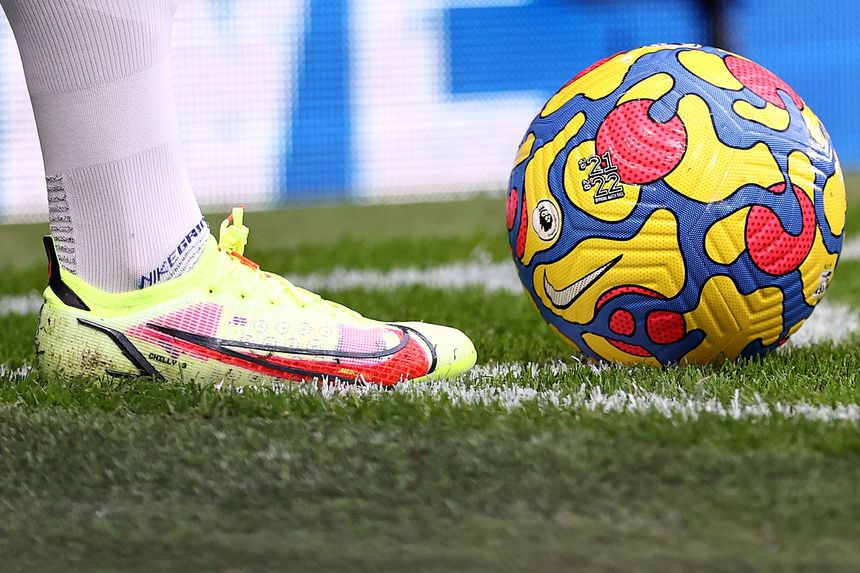 Joint FA, PL and EFL statement on Access To Talent
'Clubs can still unite best foreign talent with Academy players'
Homegrown players on the rise in 2019/20

As of 1 January 2021, Premier League clubs will have new rules to adhere to for signing overseas players.

Here we seek to explain why and how the new system for Governing Body Endorsements (GBE) works.

Why are the rules on signing overseas players changing from January?

When Brexit happens and the United Kingdom leaves the European Union after 31 December 2020, Premier League clubs will no longer be able to sign players freely from the EU as the UK will no longer have access to the Union’s single market of free movement of labour.

So players from EU countries signed during the January 2021 transfer window will now have to go through the same protocols as those players from outside the EU have done until now, obtaining a Governing Body Endorsement.

What is a Governing Body Endorsement?

The GBE is the responsibility of the sport’s national governing body, in our case The Football Association. It was administered in the past for non-EU players. If an English Premier League or EFL club wanted to sign a player from outside the EU they had to get a GBE for that player.

The GBE was determined by two things. Firstly, there was a points-based system, where a set of objective criteria generated points for that player. If they reached a certain level of points it earned them a GBE.

The criteria were based on the player’s appearances in international matches and his country’s FIFA rankings. The higher number of appearances and the higher the nation’s ranking, the more points the player got.

Secondly, you could obtain a GBE for a player through subjective criteria if they could not tally enough points.

An Exceptions Panel, made up of people from different stakeholders in the game, would assess an application for a GBE for a player from a club. The broad basis for judgment was that a player was of “the highest quality” to be permitted a GBE. So, you were looking for a superstar, or a superstar in the making, even if they weren't playing for a country in the top rankings.

So will the GBE be used for all international transfers in January?

Yes, under the agreement between the Premier League and The FA and approved by the Home Office, there will be still the two processes: a points-based system earning a GBE and an Exceptions Panel for those players who do not generate enough points.

But the way in which an overseas player earns points will change significantly under the new rules.

In what way will the rules change?

So, the points system under the agreement has become much more sophisticated in the number of criteria it is considering for earning points.

Also, how a club performs in a competition is weighted in earning points. If a player gets 15 points, they will earn a GBE. If a player earns between 10-14 points, his case will automatically be sent to the Exceptions Panel.

What about young overseas players of exceptional talent who have yet to play for their first teams, as was the case with Arsenal's Hector Bellerin, Man City's Eric Garcia or Liverpool’s Sepp van den Berg when they were signed?

Well, firstly, exit from the EU and its freedom of movement for labour means that PL clubs cannot sign players from overseas at the age of 16, as Arsenal did with Bellerin from Barcelona, or 17 as was the case with Garcia and Van den Berg. Overseas players must be a minimum 18 years of age to enter the UK.

Premier League clubs want to remain competitive with other European football leagues about signing talented players from within the EU, and not to be at a disadvantage with their European rivals.

So, the Premier League and The FA have agreed to additional criteria for “Youth Players”, whereby these players aged 18-19 who have exceptional talent but have not yet had the chance to appear regularly in their clubs’ first teams can accrue points to earn a GBE.

So, these youth players can earn points for being named on team sheets for league matches, even if they remain on the bench for that match. They can earn points for appearing in cup matches for the first team and they can also earn points for playing in the overseas clubs’ development teams (youth or reserve teams) in either domestic or international competitions. Again, the ranking of the club’s leagues plays a role in how many points the player earns for these appearances and a cup appearance has a higher merit than one for a development team.

Furthermore, international appearances at youth level, between Under-17 and Under-23, will now be included in them earning points, with again the countries’ ranking and the level of competitions in which the players played also a factor.

What about the development of English players for Premier League clubs?

Well, clubs have had fewer restrictions on recruiting European talent and have not flooded their Academies. The number of homegrown players making their PL debuts has been rising season-by-season, with almost a third of those playing in the competition over the past five seasons qualified to play for England.

Premier League clubs have made heavy investment in their Academies and it is being rewarded by the growing number of talented English-qualified players who are emerging of late.

The clubs also see the benefit of having a good cohort of young, quality players coming through their ranks. It's something fans can relate to, a young local lad doing well for their team.

And England manager Gareth Southgate has taken a pool of young talented players from largely Premier League Academies to create a dynamic, young England team who are exciting and successful.

The Premier League’s philosophy to develop players is “best with the best”: to develop the best English talent by getting them to play alongside and against the best players from around the world.

The League and FA agreed that for the January 2021 window the number of Youth Players that could be signed will be limited to three. After the January window, the long-term position is we agreed to no more than six of these players per season.