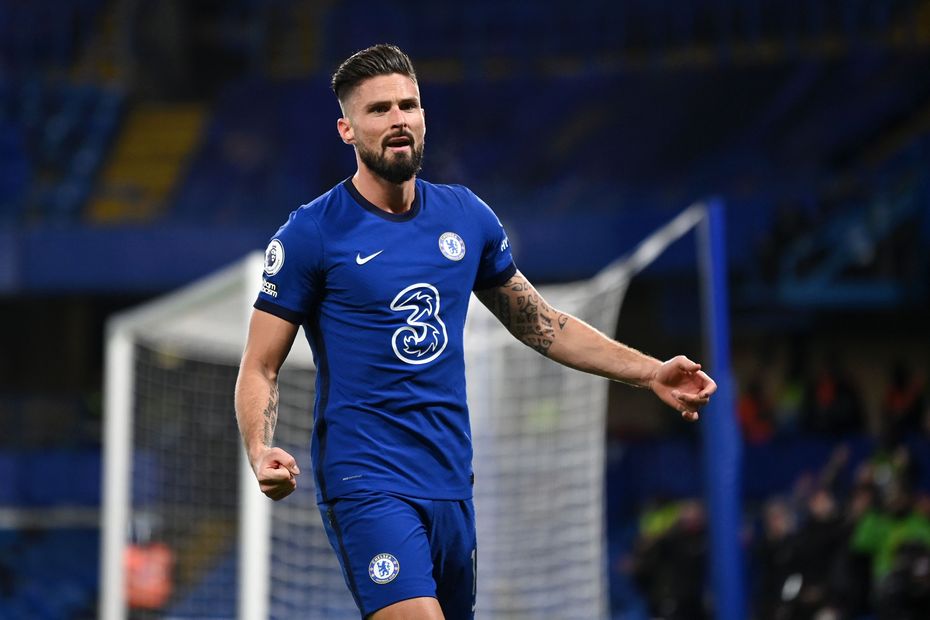 Hasselbaink: Giroud is making the difference

Olivier Giroud capped a memorable week with his first Premier League goal of the season as Chelsea came from behind to beat Leeds United 3-1.

The Frenchman, who scored four times against Sevilla in the UEFA Champions League, matched a record achieved by one of the club's most famous strikers, Jimmy Floyd Hasselbaink, 19 years ago.

For more on this and all the must-know facts from the 11th round of fixtures, read below. To see the reports and key data for the matches, click on the results.

Raheem Sterling has won 20 Premier League penalties, more than any other player.

Manchester United are only the second side in Premier League history to score two or more goals in nine consecutive away matches, after Leeds United back in April 2001.

Giroud is the oldest player to ever score in six consecutive Premier League starts, aged 34 years and 66 days. He is the first Chelsea player to manage the feat since Hasselbaink in 2001.

Since the start of the 2012/13 season, only Giroud (31) has scored more headed Premier League goals than Christian Benteke (27).

Jamie Vardy has become only the third player to score in five consecutive Premier League away matches in Yorkshire, after Wayne Rooney (2002-2013) and Harry Kane (2014-2020).

Spurs duo Son Heung-min and Harry Kane have now combined for 31 Premier League goals, the second most after Didier Drogba and Frank Lampard (36), with 11 of these goals coming in 2020/21.

At 22 years and 13 days, Caoimhin Kelleher became the third-youngest Liverpool goalkeeper to keep a Premier League clean sheet, after Scott Carson (19y 211d) and Chris Kirkland (21y 234d). He is the youngest to do so on his first start for the Reds.

Danny Ings is the first Southampton player to score in four consecutive away Premier League appearances since Rickie Lambert in January 2013.