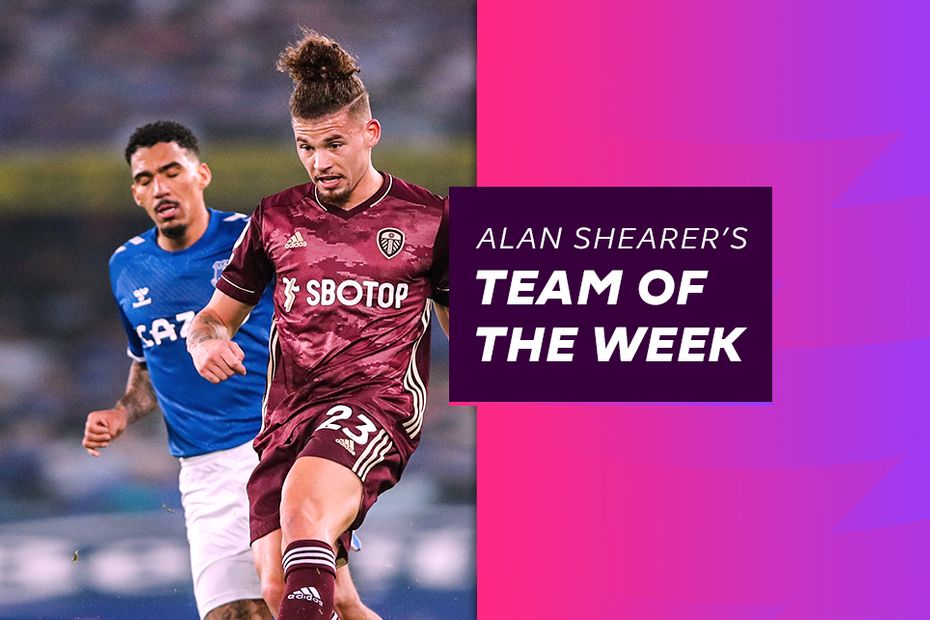 Terrific away wins by Fulham, Leeds United and Wolverhampton Wanderers mean that their players dominate Alan Shearer's Team of the Week.

In only his second match after returning from injury, Leeds midfielder Kalvin Phillips helped dictate proceedings against Everton as his side won at Goodison Park for the first time in the Premier League.

Shearer, the Premier League's all-time leading goalscorer, praised Phillips' range of passing in what he described as a complete performance from the England international.

What do you think of Alan Shearer's Team of the Week? 👀 pic.twitter.com/rnByy85PnV

"He was the difference, making five saves to help West Bromwich Albion secure their first win of the season."

“Defended very well and put in two terrific crosses which Tammy Abraham should have scored from.”

“Shackled Jamie Vardy superbly. He didn’t give him a kick.”

“His match-saving tackle with 15 minutes to go was as good as a goal.”

“Back in Wolves’ starting XI, the left-back was solid throughout and won his individual battle.”

“Scored the winner and was unlucky to see a great header brilliantly saved.”

“A complete man-of-the-match performance, with his range of passing a standout feature.”

“The Belgian was at his best, with his radar-like passing at the heart of a dominant Manchester City victory.”

“A glorious hat-trick. He provided the cutting edge Man City have been missing in recent weeks.”

“Fired in the opening goal and was simply too good for Arsenal. Outstanding.”

“He stepped up when his manager really needed him, scoring Fulham’s opener with a cool finish.”

“Set his team up to perfection to collect a much-needed first away win.”