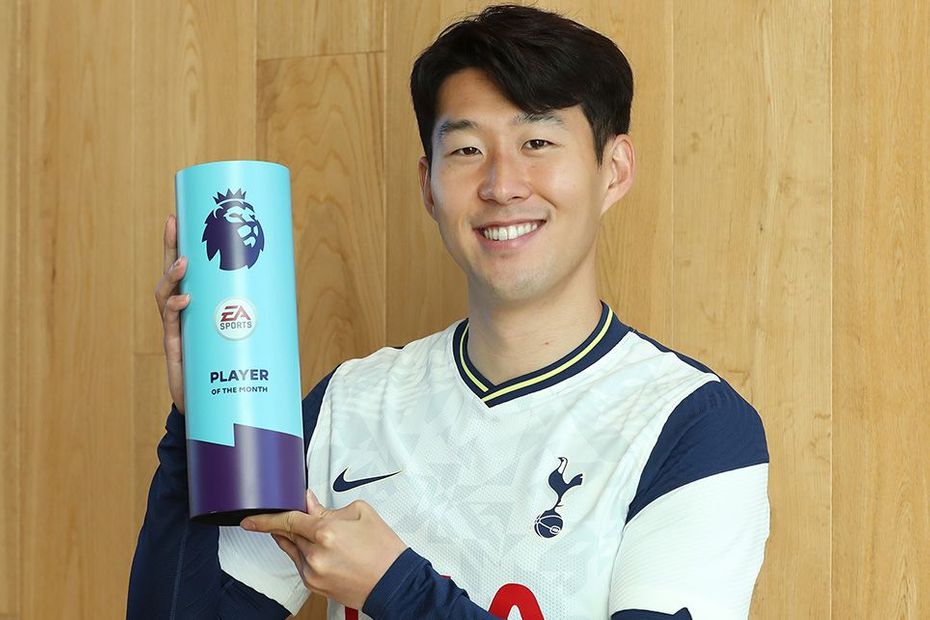 Tottenham Hotspur star Son Heung-min says winning the EA SPORTS Player of the Month award for a third time is an "incredible" achievement.

"When the list came out I didn’t believe I could win," the South Korean reveals on the latest episode of Uncut on the Premier League's YouTube channel.

"So many good players deserved to win the award, especially in this month, so to win it three times means a lot and it's a big honour for me. It's incredible."

Son's team-mate Eric Dier also features on the episode ahead of the team's trip to Chelsea on Sunday.

In an in-depth interview, he speaks about how it feels for Spurs to be challenging at the top of the table, how his game has evolved as he has got older and his advice for aspiring footballers.

"When you're young the most important thing is just to enjoy yourself, and I've never lost that enjoyment," he says. "You've got to work extremely hard and you’ve got to be able to take criticism in the right way, which I find difficult at times!

"One of the pieces of advice from a manager that always sticks out was from [Mauricio] Pochettino, who always used to have a football on his desk.

"He said to me, 'I always have the football here because I have to remind myself that if you take care of the football, the football takes care of itself'. "