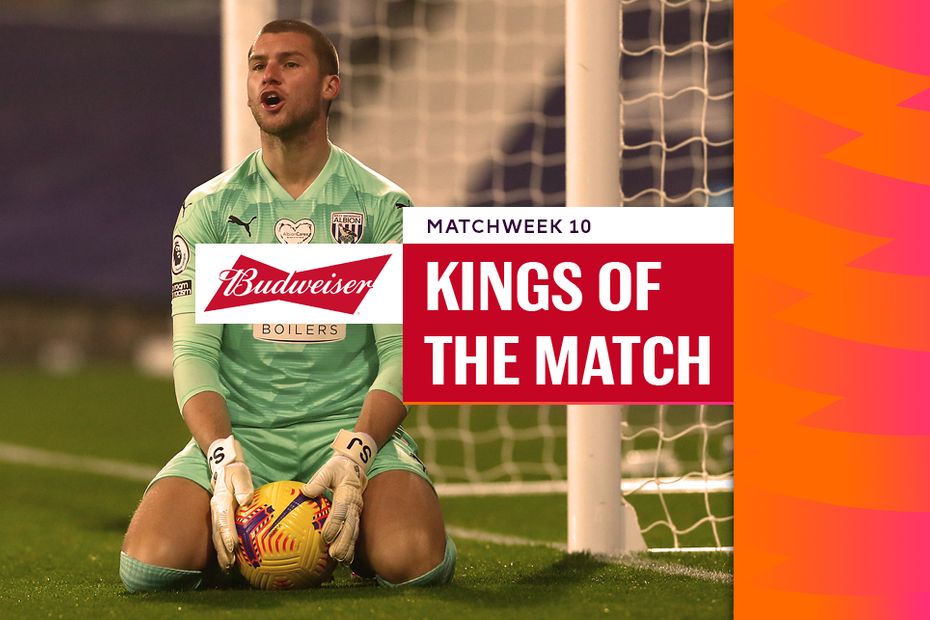 Supporters voted in their thousands to crown their Budweiser Kings of the Match in Matchweek 10.

Wilson inspired Newcastle United on his return from injury, scoring and assisting late on to take 73.6 per cent of votes.

A first away Premier League goal for Liverpool gave him 67.3 per cent of votes and extended the champions' unbeaten run to six matches.

The Algerian made it seven goals in his last four appearances against Burnley with a hat-trick that earned him 47.6 per cent of the vote.

Despite not finding the net, the Premier League's top scorer took 44.4 per cent of the vote after making two key passes.

The West Bromwich Albion goalkeeper made some key saves to earn 48.3 per cent of the vote and help his side to their first win of the season.

The half-time substitute made a major impact for Manchester United, assisting Bruno Fernandes and scoring two headers to take 52 per cent of the vote.

The left-back helped Chelsea to a fifth clean sheet of the season, beating Tottenham Hotspur goalkeeper Hugo Lloris to the award thanks to receiving 45.4 per cent of votes.

The striker set up a goal for Harvey Barnes to claim 49.3 per cent of supporters' votes.

The playmaker gave a captain's performance as he scored, completed eight take-ons and produced five key passes to take 67.4 per cent of the vote.