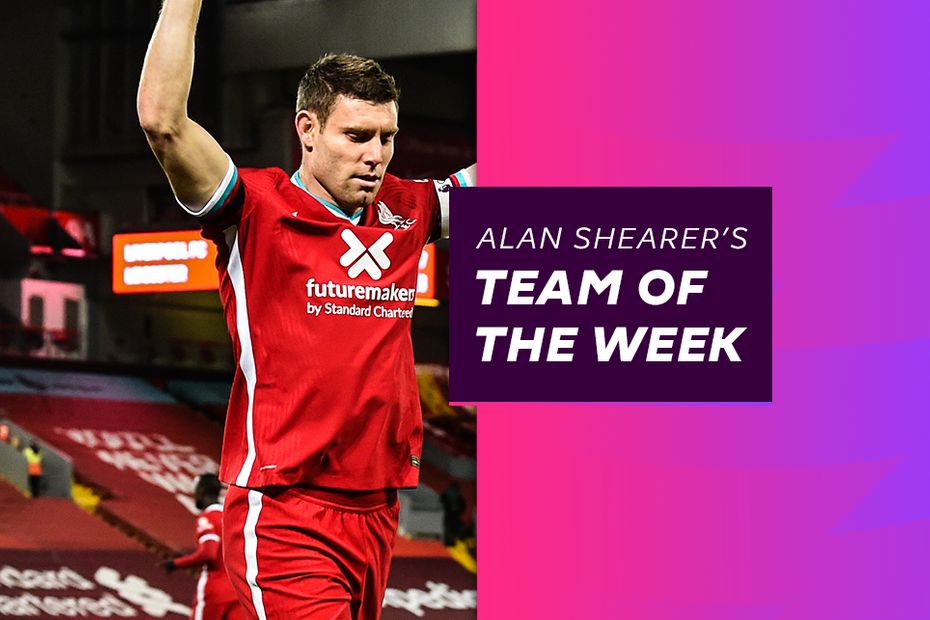 Tottenham Hotspur and Liverpool lie first and second in the Premier League and, after impressive Matchweek 9 wins, it is their players who dominate Alan Shearer's Team of the Week.

Injuries meant that James Milner was called into a makeshift defence for the champions, but the 34-year-old proved his great versatility by slotting in seamlessly at right-back, before switching to midfield.

Shearer, the Premier League's all-time leading goalscorer, was impressed with Milner, who forced Jonny Evans' goal and registered an assist for Roberto Firmino with two corner kicks in their 3-0 win over Leicester City.

Agree with his MW9 selections? pic.twitter.com/ykl46MgGi0

"He was excellent and made four outstanding saves to earn his team a point."

"Brilliant at right-back in the first half, the experienced campaigner was equally as good when he moved into midfield."

"Solid as a rock. He gave nothing away."

"The left wing-back produced another assist in a sparkling performance."

"This was a superb exhibition of reading the game and being one step ahead of everyone else."

"He was outstanding once more and bossed the midfield against Manchester City."

"Another brilliant signing, Jota was unplayable against Leicester. Wow! Quite magnificent."

"Two more goals for the Premier League’s top scorer. He is looking deadly in front of goal."

"No goals but another assist makes it nine for the season already. He was just too clever for Man City. Man of the match."

"Scored one, could have had more and looked full of confidence. Was simply too good for Newcastle United's backline."

"Outsmarted his old rival Pep Guardiola with a tactical masterclass."