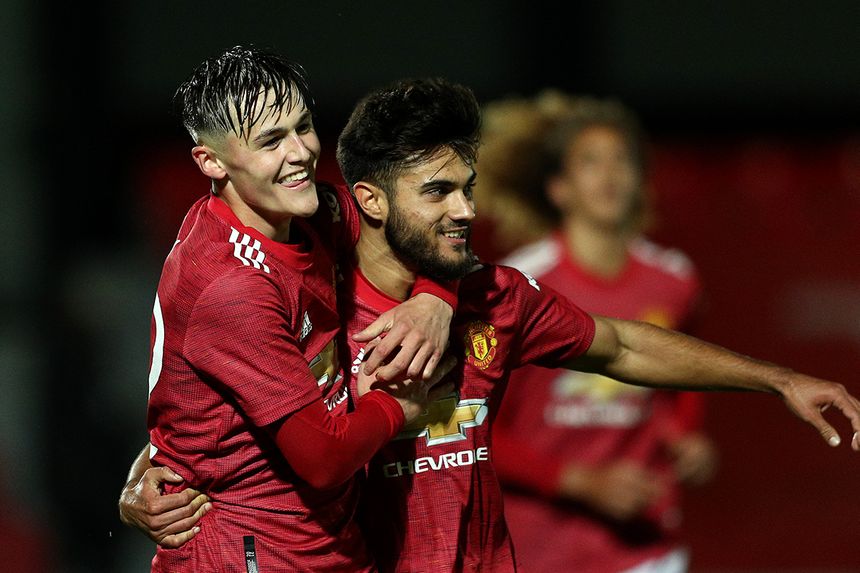 After Shola Shoretire headed the hosts in front on 13 minutes, Spurs levelled nine minutes later, only for Puigmal (pictured, above right) to strike twice before the break.

Anthony Elanga wrapped up the win with a powerful drive in stoppage time.

Elsewhere in Division 1, Chelsea fought back from two goals down to draw 2-2 at Manchester City, thanks to efforts from Billy Gilmour and Myles Peart-Harris.