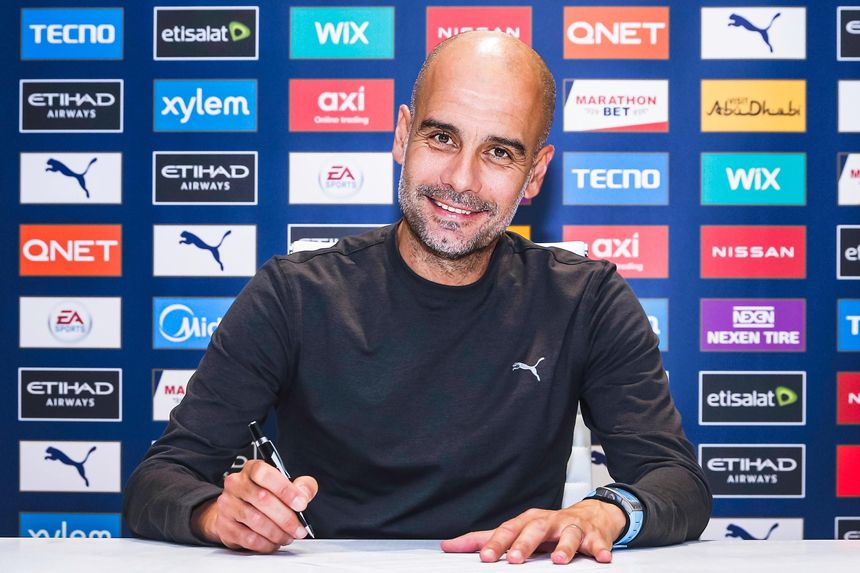 Guardiola: City the perfect place for me to be a manager External Link
Bent: Man City will climb table after Pep's new deal

Manchester City have announced that Pep Guardiola has signed a new two-year deal as manager of the club.

The 49-year-old, who joined Man City in the summer of 2016, has agreed an extension to his current deal that will keep him at the Etihad Stadium until 2023.

"Ever since I arrived at Manchester City I have been made to feel so welcome in the club and in the city itself – from the players, the staff, the supporters, the people of Manchester and the chairman and owner," Guardiola, who has guided the club to two Premier League titles, told the club's official website.

"Since then we have achieved a great deal together, scored goals, won games and trophies, and we are all very proud of that success.

"Having that kind of support is the best thing any manager can have. I have everything I could possibly want to do my job well and I am humbled by the confidence the owner, chairman, Ferran [Soriano] and Txiki [Begiristain] have shown in me to continue for two more years after this season."

Guardiola guided City to the title in his second season in charge, when they amassed a record-breaking 100 points.

The club then defended their crown the following season, becoming the first club to complete a domestic treble of League, FA Cup and League Cup victories.

"It is testament to the qualities of the man that Pep Guardiola's passion and intelligent approach are now woven into the very fabric of the football we play and our culture as club," said Man City chairman Khaldoon Mubarak.

"That impact has been central to our success during his tenure and it is why I am delighted that he shares our view that there is so much more to be achieved both on and off the field."

Guardiola's side are next in action at Tottenham Hotspur on Saturday.