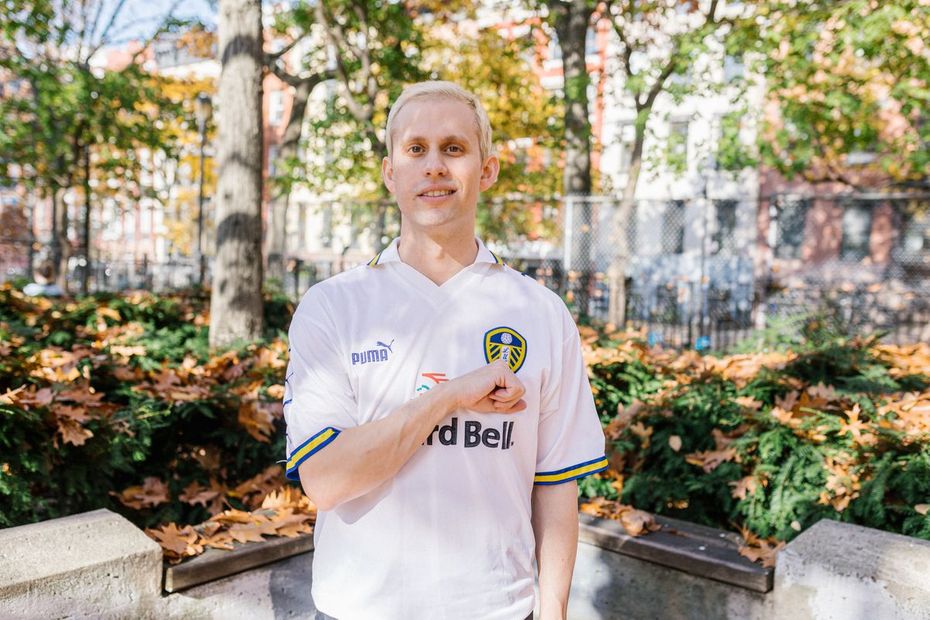 Meet Scott, a long-time Leeds United fan from New York whose love of the club has shaped his entire life.

"I owe every single thing I have now - my social situation, my life in New York and any job I’ve ever had - to Leeds.

"I was watching the famous Fox Sports World in 2003, at the end of the season, and there was a soccer game where a team in blue was playing a team in white.

"The last 10 years, I’ve been telling the story of soccer supporters in America, working for clubs like Bayern Munich and Roma.

"Right now, with Roma, I oversee all of our fan club engagement internationally. So any country or city that has a fan club, I make sure they have everything they need, and I helped build and structure our North American fan club.

"After I joined Facebook, I started to realize there wasn’t a ton of information for me on there about Leeds from a fan's perspective. So I just created a group. I remember I labelled it 'The only original Leeds United group' on Facebook.

"It started as four or five of us, literally just posting match reports and talking about our opinions of the game, and it quickly turned into hundreds of thousands of fans that have really shaped my Leeds fandom.

"Things have not been easy for Leeds, and that resonates with me - overcoming obstacles and keeping your eyes on the prize"

"But it also helped me understand how to create a community in the soccer world through social media. I think that page was the roadmap for me to create the career in soccer I have today. It all just came from that love of the club.

"I think it’s really important to remember my Leeds roots when I’m working for teams like Bayern and Roma, who have enjoyed more success, but I know how fleeting it is, and it could go away at any minute.

"Things have not been easy for Leeds, and that resonates with me - overcoming obstacles and keeping your eyes on the prize.

“Even at the lowest of the lows, they’re always mentioned as one of the most passionate clubs in the world. People are really seeing it again after 16 years and I’m so happy to be a part of it.”