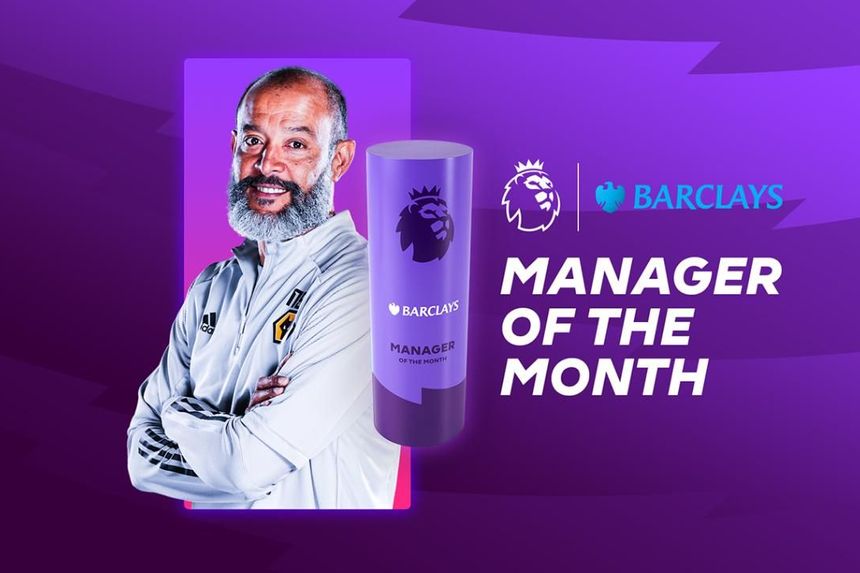 Adrian Clarke looks at the tactics that helped Nuno Espirito Santo win October's Barclays Manager of the Month award as his Wolverhampton Wanderers side host Southampton.

Nuno's well-drilled side did not concede a single goal in open play.

They kept out Fulham, Leeds United and Crystal Palace, winning all three matches.

Indeed, Jacob Murphy’s 89th-minute free-kick in a 1-1 draw against Newcastle United was the only time their goal was breached.

Having let in seven goals across their two final matches of September, Wolves made tremendous progress under the guidance of their tactically astute head coach.

Since guiding Wolves back to the Premier League, Nuno has tweaked rather than made wholesale changes to his starting XI.

The team's central-midfield unit reflects this, with Joao Moutinho and Ruben Neves each starting 69 of their 76 league matches across 2018/19 and 2019/20.

Nuno has often supplemented that position with the inclusion of Leander Dendoncker in a 3-5-2 formation.

However, in recent matches we have seen more of a change of direction, with the Belgian being used in a two-man central midfield unit instead.

Dendoncker has responded with a series of impressive box-to-box displays.

The 25-year-old is a great asset in both penalty areas and his athleticism gives him an advantage over Moutinho and Neves.

In covering a lot of ground at higher speeds and making many additional sprints, he has lifted the tempo and dynamics inside Wolves’ middle third.

Dendoncker's desire to make runs into the opposition box has also provided a fresh dimension, with his fellow midfielders tending to sit deeper.

Another positive for Nuno has been the seamless integration of several new players.

Left-sided central defender Max Kilman, 23, has been excellent since breaking into the first team.

He boasts a 90 per cent pass accuracy rate and has been reliable at the back, making 14 clearances and four blocks in his five starts.

The duo have one goal and two assists each in 2020/21 and are keeping Adama Traore, so prominent last season, on the fringes of the starting XI.

The wing-back roles are also of critical importance to how Wolves play, and new signings Nelson Semedo and Rayan Ait-Nouri have shown signs of potential, too.

Both are comfortable operating in advanced areas and help to maintain the balance that Matt Doherty and Jonny supplied last term.

There has been a subtle period of change at Wolves with a new-look side settling in during the early weeks.

But Nuno’s calm and shrewd style has ensured that they have adapted quickly, picking up 13 points to sit ninth in the table.

Now, after losing their four-match unbeaten run at Leicester City last time out, the Portuguese will want a response against Southampton.