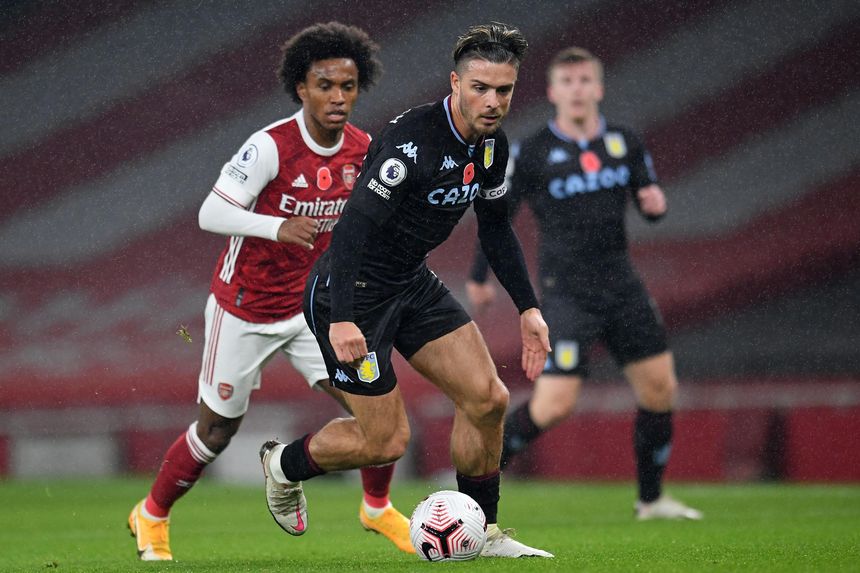 Three Aston Villa players have earned a place in Alan Shearer's Team of the Week after extending their 100 per cent away record with a 3-0 win at Arsenal.

The 25-year-old may not have scored but, for Shearer, his assist for Villa's third goal showcased his many talents.

Who impressed @alanshearer in Matchweek 8❓

Presenting his Team of the Week 👇 pic.twitter.com/bquSlgS7Pi

"He was sharp throughout and made an outstanding save from Ruben Neves to keep his clean sheet."

"Looks a very impressive signing. He is solid, quick and can bring the ball out with great confidence."

"Strong and reliable. He didn't give Callum Wilson a kick and his passing was also outstanding."

"He is having a great season. He provides superb deliveries for the forwards and is sound defensively."

"Looks like he is loving life at Chelsea. This was another brilliant display, with two stunning assists."

"His manager was desperate for a performance, and Fernandes delivered one with two goals and an assist."

"He ran the midfield with a passing masterclass."

"Newcastle United couldn't handle him. He deserved his goal."

"His 150th Premier League goal was certainly an important one as he won another three points for his side."

"Stunning again. He showed his pace, strength and eye for a pass as he ran from his own half to set up the final goal."

"Masterminded a superb away performance against a team who looked very solid just last week in their win at Manchester United."