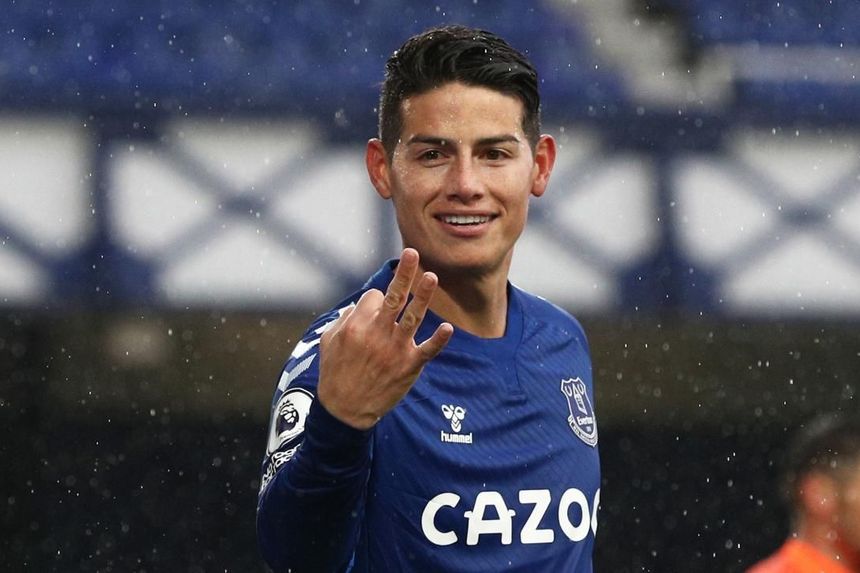 The return to fitness of James Rodriguez (£7.9m) looks ominous for Manchester United and the hundreds of thousands of Fantasy Premier League managers who have sold him.

The Everton playmaker is the most-sold midfielder in the Gameweek, moved on by 384,000+ FPL bosses after missing last weekend's 2-1 defeat at Newcastle United.

Those managers may now be regretting their decision after the Colombian was passed fit by Carlo Ancelotti for Saturday's match.

"We have practically all the squad available apart from Richarlison and Delph."

Rodriguez's home record suggests he can make his former owners regret their decision to transfer him out.

He has produced attacking returns in all three of his home appearances, totalling three goals and three assists. By contrast, he has blanked in each of his three away matches.

The Toffees also face Fulham, Leeds United and Burnley in the next four Gameweeks. According to the Fixture Difficulty Ratings (FDR), all three matches score only two.

Crucially for Everton and for Rodriguez, Richarlison (£7.8m) will return from his three-match suspension for their Gameweek 9 encounter at Fulham.

That would bring the Everton attack back to full strength, lifting Rodriguez’s prospects of further goals and assists for the coming period.