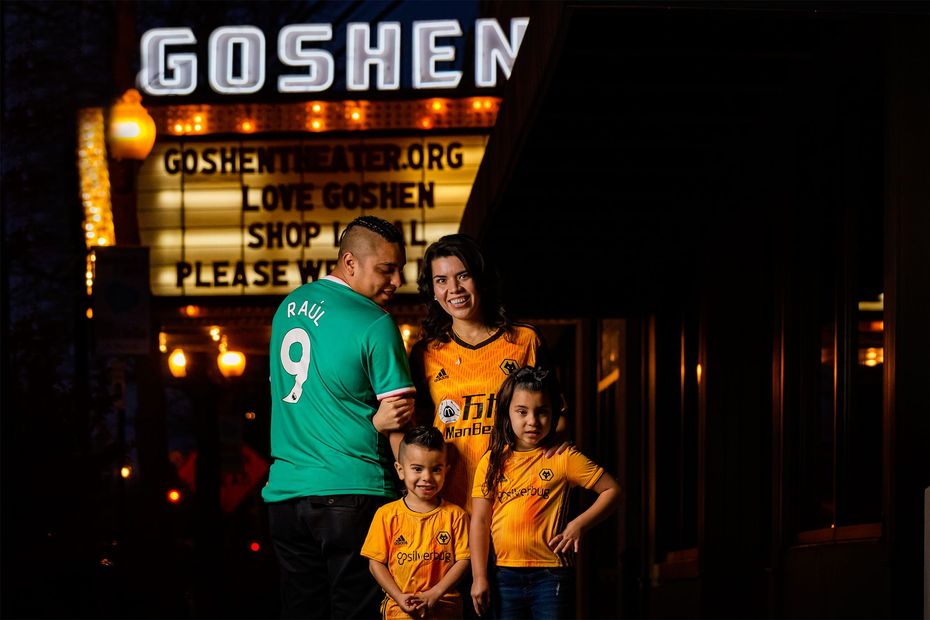 Meet Rafael, a husband and father from Indiana, whose passion for Wolverhampton Wanderers extends to the whole family.

"I became a fan of Wolves because of Raul Jimenez. We followed him ever since he was with Club America in Mexico.

"I never had a Premier League team, and I had a lot of friends who always tried to get me to be a fan of the big six, but I never found myself liking them.

"When Raul came to Wolves, I started liking them a bit, and as I started talking to Wolves fans around the US, they were so accepting of us. They just made me fall in love with Wolves, not just Raul, the whole team.

"It’s not just me. My kids, they know soccer and they love Wolves, and they’re watching with me at seven in the morning.

"Growing up, I thought about the future, getting married and having kids. I pictured my family being a soccer family. Now that I’m here, my wife followed me in my soccer fandom, and my kids follow it too.

"When I bought my white Wolves jersey, they were asking me for one like crazy, she was adamant. So we went on the website and I was like, 'All right, we’re doing this'.

"They love wearing the jerseys with me, watching it on TV or wherever we are, it’s just pure happiness. It’s a dream come true for me.

"I just really look up to Raul, his perseverance as a kid from Mexico City. I look to him as an idol, and I’ve actually thought of naming my next kid Raul.

"People always ask me if he leaves, if I’ll leave with him. I tell them 'No way'. I became a Wolves fan, and I’m going to be loyal to Wolves. I just love the team too much."