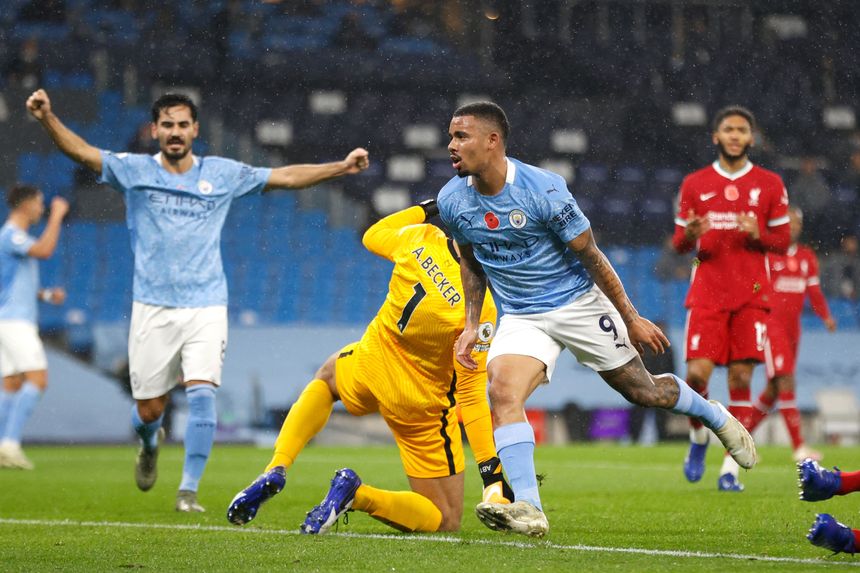 Gabriel Jesus cancelled out a first-half penalty from Mohamed Salah as Manchester City drew 1-1 with Liverpool and denied the champions a return to the top of the table.

Salah fired Liverpool ahead from the penalty spot on 13 minutes after Sadio Mane drew a foul from Kyle Walker.

But Man City pulled level in the 31st minute with a smart turn and left-foot finish by Jesus from Kevin De Bruyne's pass.

De Bruyne had the chance to put the home side ahead five minutes before half-time, after a Video Assistant Referee review confirmed a Joe Gomez handball, but the midfielder sent his penalty narrowly wide.

The teams traded chances in the second half, with Jesus's header from Joao Cancelo's cross going just wide moments before Roberto Firmino fizzed an effort over for Liverpool, but both sides had to settle for a point.

Man City are 11th on 12 points, six points behind leaders Leicester City, while Liverpool are third and five points above Pep Guardiola's side.