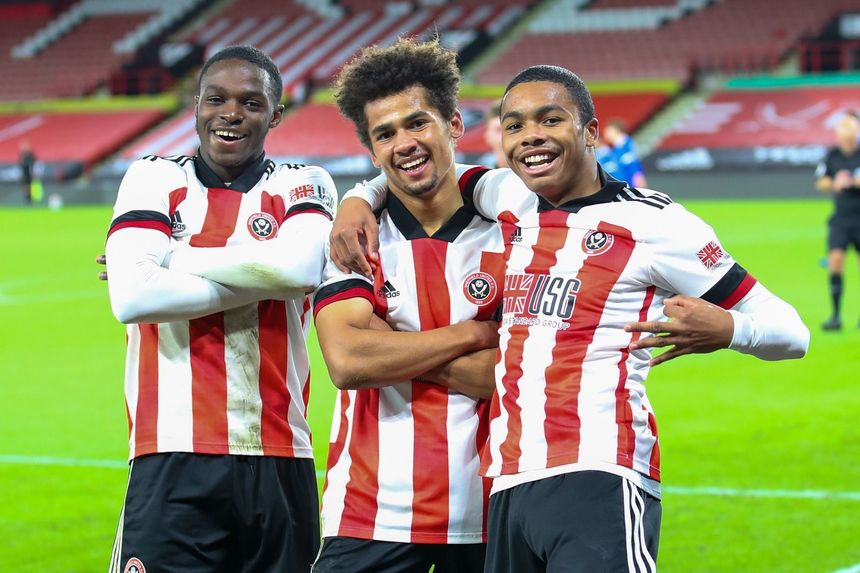 Watch some of the best strikes at Under-23 and Under-18 level from the last week, including a sublime strike from Blades' Zak Brunt

Midfielder Zak Brunt made it three goals in three matches with a sublime strike from distance as Sheffield United ran out 3-1 winners over Ipswich Town in Premier League 2 Professional Development League North.

Gelhardt and Dean strike for Leeds

A fine run and finish by Joe Gelhardt was the highlight as Leeds United made it four wins from five in PL2 Division 2 to go level with leaders Middlesbrough on 13 points, having played one match more.

Max Dean rounded off the scoring at the second attempt in the 4-1 victory over Crystal Palace.

A brilliant ball from Sondergaard and a classy finish from Shabani!#WOLFUL #PL2 @PLYouth

A well-worked Crystal Palace move ended with Fionn Mooney slotting home to earn a 1-0 victory over Reading in Under-18 Premier League South, moving the Eagles joint-top.

In Under-18 Professional Development League South, Taylor Jones produced this powerful effort as Cardiff City earned their second win of the season with a 4-1 triumph over Coventry City.

U18 | Highlights from City's 4-1 win on Saturday are available now on @CardiffCityTV! 📺