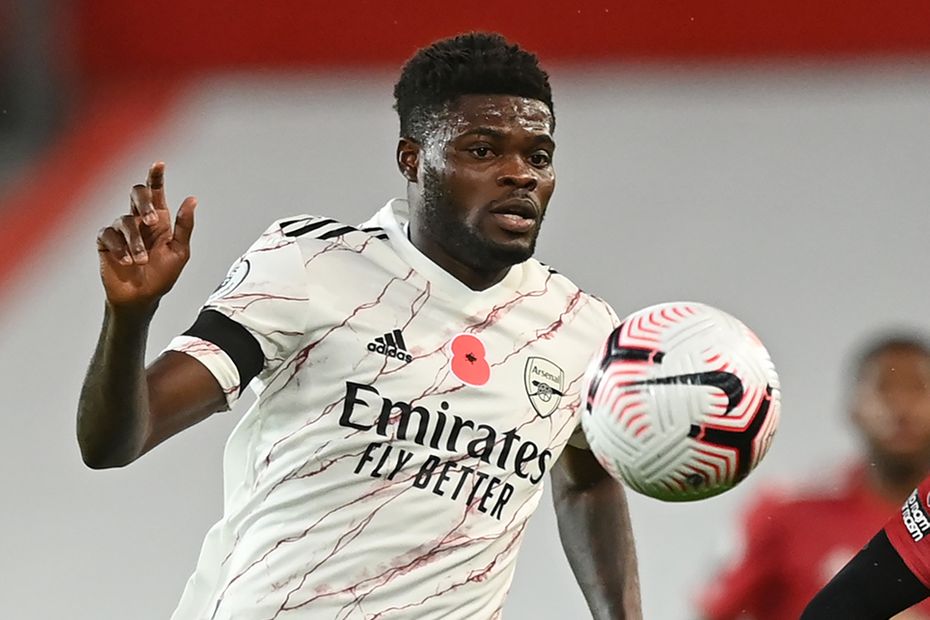 Trips to Old Trafford have rarely been fruitful for Arsenal in recent years. Indeed, prior to Sunday's contest, they had not won at Manchester United since 2006.

But summer signing Thomas Partey helped to end that 14-year wait with a dominant midfield display.

While Pierre-Emerick Aubameyang scored the decisive penalty in the 1-0 win, it was Partey's performance that most impressed Alan Shearer, the Premier League's all-time leading goalscorer.

Shearer has selected the Ghana international in his Premier League Team of the Week, along with Gunners centre-back Gabriel, and explained his choices.

👀 What do you think of @alanshearer's Team of the Week? pic.twitter.com/630uvvG5X7

"He scored the winner against his former club on his 100th PL start for Manchester City in a magnificent season for him so far. He looks so confident and no one is going past him."

"Thrown in at the deep end due to Liverpool's defensive crisis, he had a great debut. Phillips did everything he had to do very well on a day he will never forget."

"What an amazing debut by the teenage Frenchman. It doesn't get much better than marking your first match with a goal and a win. He was very impressive in his attacking down the left."

"Two unstoppable free-kicks and an assist. Ward-Prowse was outstanding."

"Partey was magnificent and looks to be developing a great partnership with Mohamed Elneny. He could prove to be a brilliant signing."

"Two goals and controlled the match in the middle as his side recorded back-to-back away wins in style.

"It was his first PL start and he didn't disappoint. Full of running and he also weighed in with a goal and an assist."

"The striker is making a difference, getting the scrappy goals that Newcastle United didn’t have last season."

"With another goal and two assists, Vardy was simply unplayable at times."

"Another great result. He made important substitutions at the right time to lift his side to second in the table."