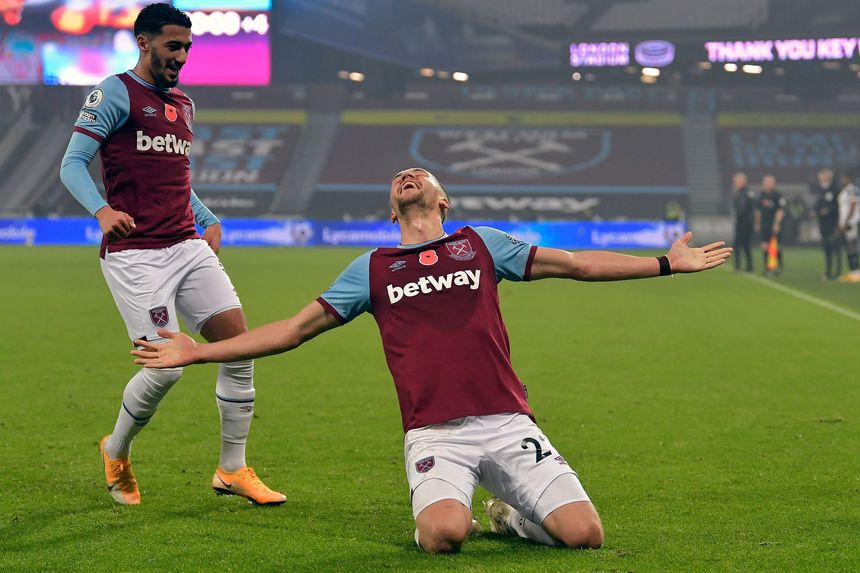 In an entertaining first half, West Ham came closest to scoring when Sebastien Haller's seventh-minute header hit the bar.

The hosts were again denied by the woodwork when Aaron Cresswell's free-kick clipped the crossbar five minutes after half-time.

A minute into time added on, Soucek converted Said Benrahma's pass to break the deadlock.

But Lookman had the chance to level from the spot with the last kick of the match following a foul by Benrahma on Tom Cairney.

Lookman's scuffed attempt at a chip was comfortably held by Lukasz Fabianski.