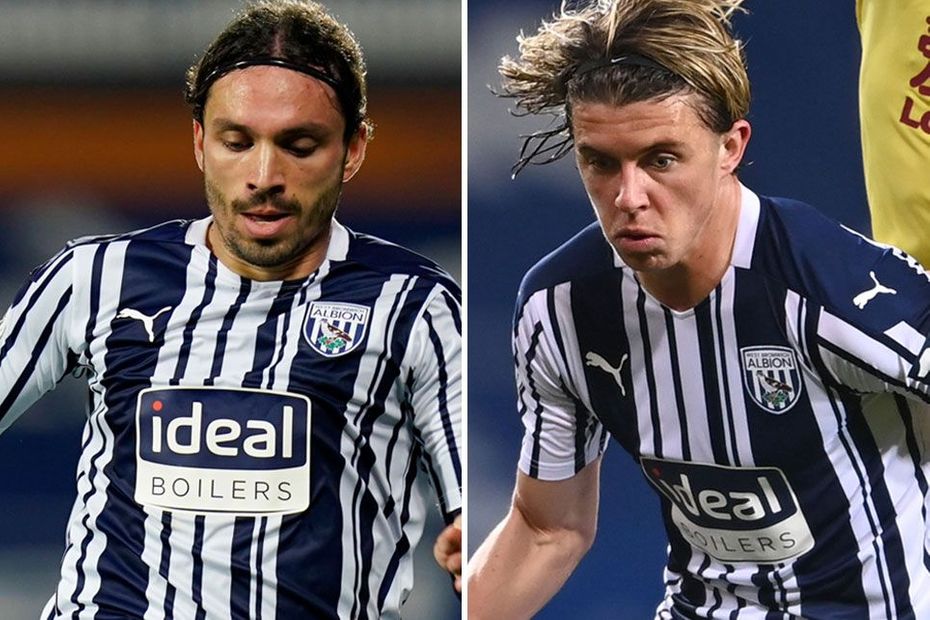 Bilic: We are growing as a team External Link

Slaven Bilic’s switch to a three-man midfield has improved West Bromwich Albion’s form ahead of their trip to Fulham.

West Brom began the campaign in a 5-4-1, but since reverting to a 4-1-4-1, they have produced more encouraging performances.

While the opposition should be taken into account, there was a marked difference in the number of passes the Baggies made higher up the pitch.

Both displays featured more than double the average of passes they had produced in the opening four fixtures.

This eased the pressure on their defence and allowed them to create better goalscoring opportunities.

Alongside defensive midfielder Jake Livermore, the on-loan pair of Conor Gallagher and Filip Krovinovic have added energy and technical quality.

Krovinovic has rejoined West Brom from Benfica for a second loan spell and will hope to continue the fine form of the last two matches.

The Croat is the type of player to help get talented forwards Matheus Pereira, Grady Diangana and Karlan Grant on to the ball more frequently.

After impressive spells in the Championship with Charlton Athletic and Swansea City, Gallagher deserved of his move to The Hawthorns.

The Chelsea academy graduate is suited to a box-to-box role and has plenty of quality to succeed there.

The 20-year-old is hard-working and combative, averaging four tackles per 90 minutes.

Gallagher is also a tidy passer and has shown he has the end product to match, evident in his six goals and eight assists last term.

One of the most noticeable changes since Gallagher and Krovinovic have come in has been the service they provide to the full-backs.

Darnell Furlong has received 11 passes, with seven for Conor Townsend. This allowed them to make 18 open-play crosses between them against Burnley and Brighton.

The team as a whole only averaged 5.5 such crosses in the first four matches and Furlong will look to dominate Fulham’s Antonee Robinson at Craven Cottage.

If West Brom's midfield hit their stride early, they could earn their first three points of the campaign.