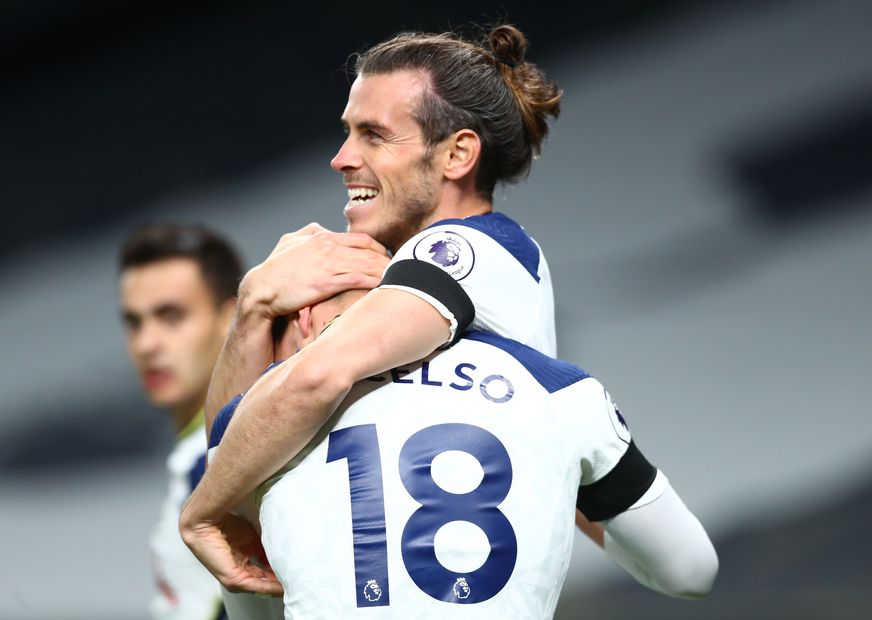 Substitute Gareth Bale scored his first goal since rejoining Tottenham Hotspur to give his side a 2-1 win over Brighton & Hove Albion and lift them to second place in the table.

Bale had only been on the pitch for three minutes when he met Sergio Reguilon's cross with a firm header in the 73rd minute to clinch his side's first home Premier League victory of the season.

Harry Kane had put Spurs ahead with a 13th-minute penalty after he had been fouled on the edge of the area by Adam Lallana.

It was his 149th Premier League goal, placing him joint-10th in the all-time scorers' standings.

But Tariq Lamptey equalised with his first top-flight strike on 56 minutes.

Erik Lamela and Kane then each hit the post before Bale struck.

Brighton, without a win in five league matches, remain 16th in the table with five points.