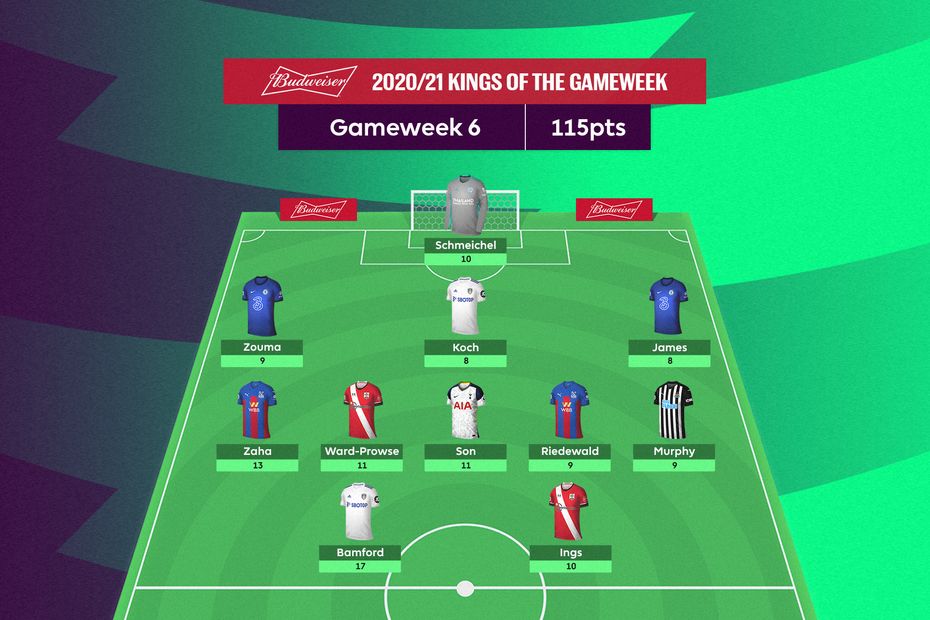 Best of 2019/20: All of Danny Ings Goals External Link
GW6 FPL stats: Managers' faith in Spurs duo rewarded
Who are the best value picks? The FPL experts have their say

With a pair of assists against Everton, Danny Ings (£8.5m) continued his strong form in Fantasy Premier League.

The Southampton striker earned 10 points in the 2-0 win, his second double-figure haul of the season.

Ings has now scored four goals and supplied two assists in the last five Gameweeks, bringing in 39 points over that period.

The midfielder scored the opener against the Toffees to earn his debut in the 2020/21 Dream Team.

The Southampton duo take their places in a line-up that totalled 115 points in a 3-5-2 formation.