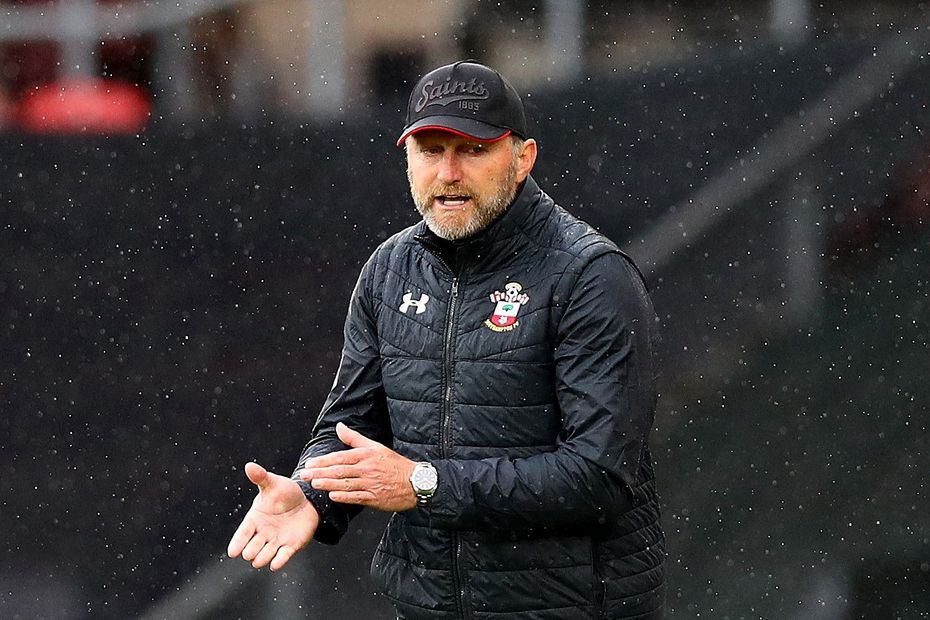 The Presser: Smith speaks ahead of Saints clash External Link

High-flying Aston Villa will seek an instant response after their winning start to the season was ended by a 3-0 home defeat to Leeds United last time out.

Southampton have taken 10 points from their last possible 12, most recently beating leaders Everton, and another victory on Sunday would take them above Villa.

Dean Smith reports no new injury concerns and will select from the same squad that faced Leeds.

Villa have picked up more points from their first five matches this season (12) than they managed in their final 14 last term (10).

Jack Grealish has created 106 chances in the Premier League since the start of last season, more than any other Englishman and second only to Kevin De Bruyne's 151 among all players.

Southampton have won 12 PL matches in 2020, the joint third-highest total behind Liverpool's 18 and Manchester City's 15.

A victory here would take Ralph Hasenhuttl to 14 PL away wins with Southampton, matching Ronald Koeman's club record. Hasenhuttl has the best points-per-match ratio on the road with Saints, with 1.42.