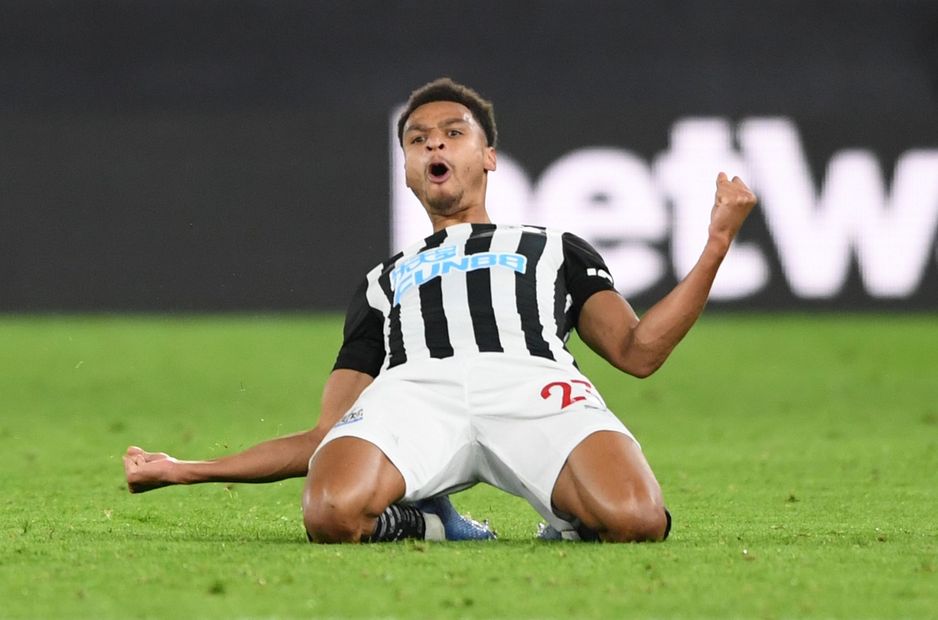 It's Murphy's law at Molineux External Link
Coady: Teaching kids about racism can help fight it

Jacob Murphy scored an 89th-minute free-kick to rescue a point for Newcastle United in a 1-1 draw at Wolverhampton Wanderers.

In his first Premier League start for nearly two years, Murphy caught out goalkeeper Rui Patricio with a strike into the bottom corner.

Wolves, who would have moved up to fourth with victory, led through Raul Jimenez's 80th-minute volley from 25 yards out, after a free-kick had been headed clear.

Earlier Pedro Neto had driven just over the bar for Wolves while Jimenez was denied by Karl Darlow before his goal.

Allan Saint-Maximin had the Magpies' best chance aside from the goal, but his effort was saved by Patricio.

Wolves are seventh in the table while Newcastle are 14th.