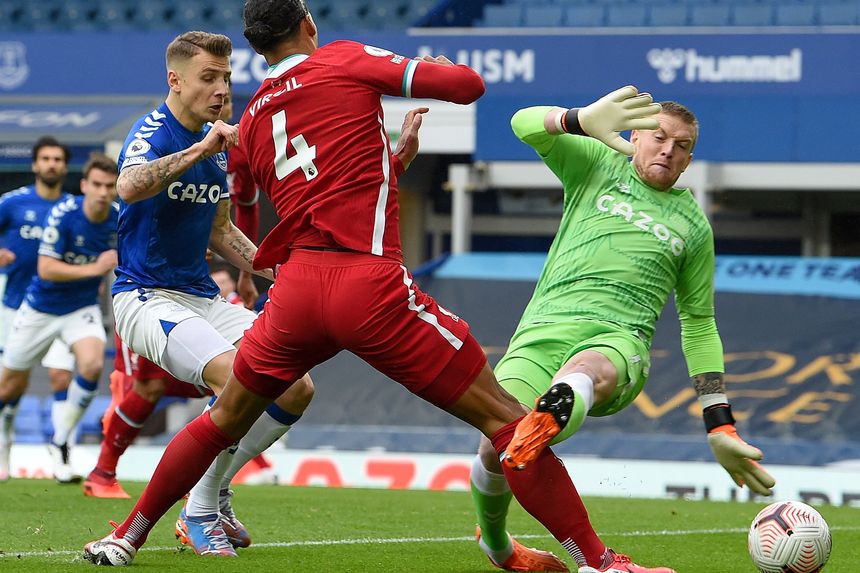 The 2020/21 Premier League season has brought some new Laws, as well as clarifications as to how the Laws of the Game will be applied.

Matchweek 5 featured a number of tight offside situations that were checked by VAR.

Why assistants may not raise flags

Ahead of the season, clubs were told that for offside offences where an immediate goalscoring opportunity is likely to result, the assistant referees will delay raising their flags until the passage of play is completed.

Once the goalscoring opportunity is complete – either a goal is scored or the chance is gone – the assistant referee will raise the flag to indicate the initial offside offence.

If a goal is scored, the VAR will check the offside judgement. If a goal is not scored, play restarts with a free-kick for the offside offence. This process is a requirement of the FIFA’s VAR Protocol.

No FIFA tolerance for offside

It is important to remember FIFA's VAR Protocol does not permit any degree of tolerance so, "offside is offside".

Looking at a number of situations from last weekend, we saw how the lines are used by the VAR. Former Premier League referee Chris Foy provides his take on those incidents.

Early in the match, Virgil van Dijk attempts to get on the end of a cross into the box. In challenging for the ball, Everton goalkeeper Jordan Pickford brings Van Dijk to the ground, but the assistant raises his flag to indicate Van Dijk was in an offside position as the cross came in.

Foy’s view: This is a complex incident so we need to break it down step by step. We can all agree the Pickford challenge was a foul and would have resulted in a penalty if Van Dijk had been onside.

The VAR clearly felt a possible offence had taken place, which is why he checked the challenge for a possible penalty.

But he had to check the on-field decision of offside as this would supersede the penalty. Once this was done and the offside was confirmed, it could no longer be a penalty.

It could, however, still have been a red card for Pickford for serious foul play, but on this occasion, the VAR felt this was not a red-card challenge and so, with the check completed, the referee restarted with the original decision of offside as this was a correct judgment by the assistant referee.

Jordan Henderson scores in stoppage time, but the goal is disallowed after consultation with the VAR as Sadio Mane was offside in the build-up.

Foy’s view: The VAR’s first task on a tight offside like this is to find the point at which the ball is kicked, as the offside position is judged at the moment the ball is last touched by a team-mate.

The hands or arms of all players are not considered for determining offside position.

The line was drawn on the outside edge of Mane’s right upper arm, the "green zone" on the image below, which put him in an offside position.

This was a factual decision, so the VAR advised the goal should be disallowed and play should restart with a free-kick for the offside offence.

There is no requirement for the referee to view the incident again at the Referee Review Area (RRA).

Remember, the VAR uses a line one pixel thick when determining an offside position. That line only appears thicker when it is "confirmed" to provide greater clarity on television.