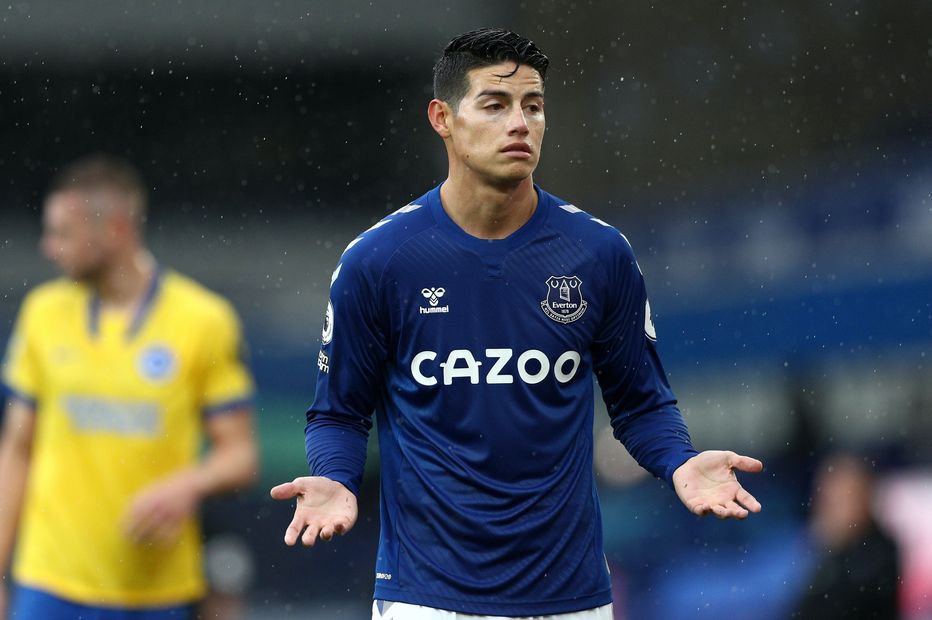 More than 350,000 Fantasy Premier League managers have sold James Rodriguez (£8.0m) as he appeared to be ruled out of Gameweek 6 before a selection u-turn by Everton manager Carlo Ancelotti on Friday.

Ancelotti had suggested that Rodriguez would miss the trip to Southampton on Sunday. But on Friday the Italian seemed more positive about his player's availability.

"James is not definitely out," Ancelotti told Everton's official website. "He was not able to train until today.

"He is much better now and we have confidence that maybe he can play.

"Fortunately, I think his recovery was really good and today he had a partial training session.

"I hope he is going to train tomorrow and we will see if he is in condition to play on Sunday."

Many of his remaining 39.4 per cent ownership will now be tempted to hold on to Rodriguez, who is the third highest-scoring midfielder in Fantasy.

He has scored three goals and also supplied three assists in the last four Gameweeks.

The underlying numbers show why Rodriguez has been an early-season hit.

He has created 15 chances over the first five Gameweeks, second only to the 16 of Son Heung-min (£9.4m).

According to the Fixture Difficulty Ratings (FDR), only one of their next six matches scores more than three.

Even if he does miss out this weekend, Rodriguez's absence seems likely to be short-term at worst.

And his combination of form and fixtures could punish those who now choose to move on the playmaker.