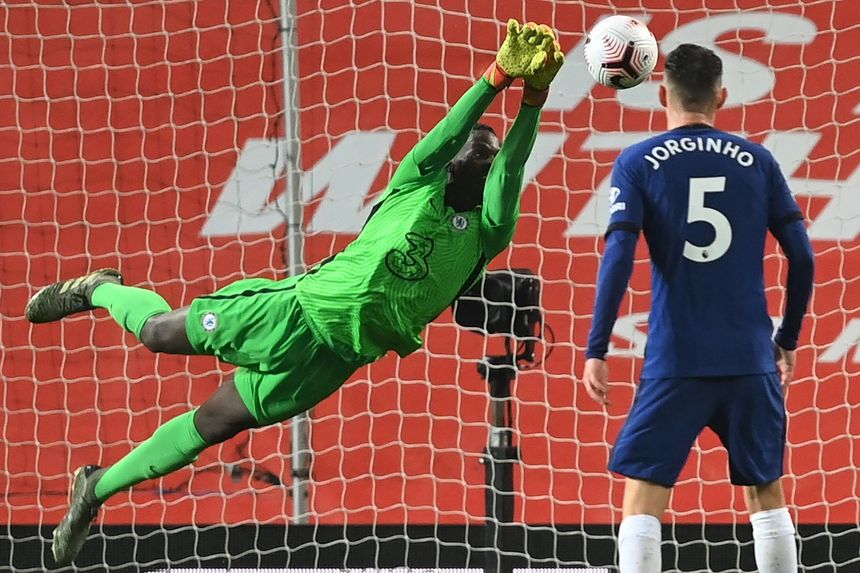 Edouard Mendy produced a spectacular save to deny Marcus Rashford scoring a stoppage-time winner for Manchester United as they shared a goalless draw with Chelsea.

The Chelsea goalkeeper, who had thwarted the United striker when one-on-one with an outstretched leg in the first half, went full length to parry away Rashford's curling strike.

Mendy had also turned behind Juan Mata's curled effort in a first half of few chances.

United substitute Edinson Cavani almost scored with his first Premier League touch just before the hour, but his flick found the side-netting.

United are still searching for their first home win of the season and stay 15th with seven points.