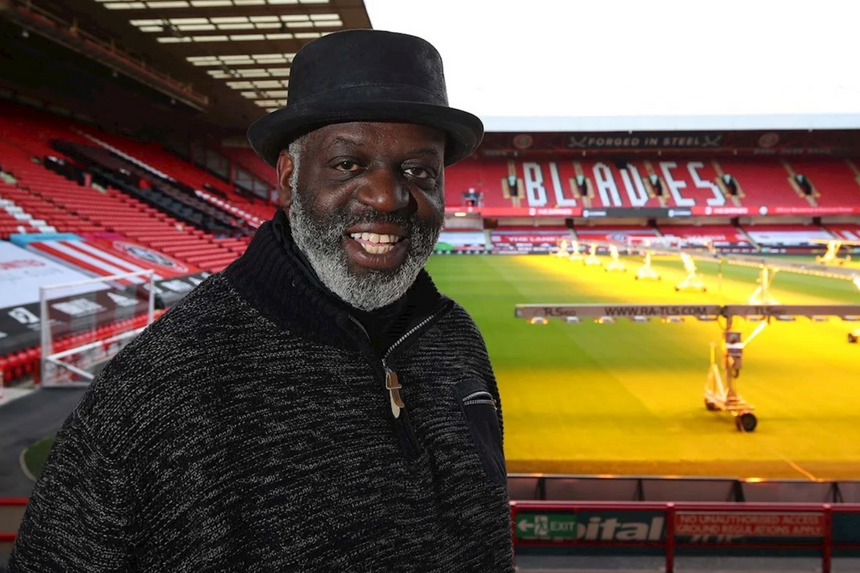 As part of Black History Month and in support of the No Room For Racism campaign, pioneer Trenton Wiggan has spoken about his time with Sheffield United and his experiences with discrimination.

Jamaican-born Trenton is believed to have been only the third black footballer to represent the Blades after Arthur Wharton (1928-1931) and Ian Benjamin (1978-1979).

Five weeks before his 17th birthday in 1979, the striker made his senior debut for the club.

He also played alongside Andrew Walker, the dad of Manchester City and England defender Kyle Walker, as he made 38 appearances in his two first-team campaigns with the Blades.

'Raised my own awareness'

With black players subject to vitriolic racist abuse during this period, Wiggan recalls the first time he realised just how serious the issue was.

"I wasn't mature enough to really know what was going on," he told Sheff Utd's official website. "I was playing for United and I won't name the other club.

“The first incident I recall was very similar to what happened to John Barnes. Someone threw a banana on to the pitch, I wanted to get to it and eat it, but a steward beat me to it and did the same!

"That's when it hit me what was happening, and it raised my own awareness."

After the Premier League launched its No Room For Racism initiative, Wiggan says that while change is apparent, there is still a long way to go.

"I think that there has been change, but hopefully one day we don't have to have the positive action programmes because there is absolute equality for everyone."