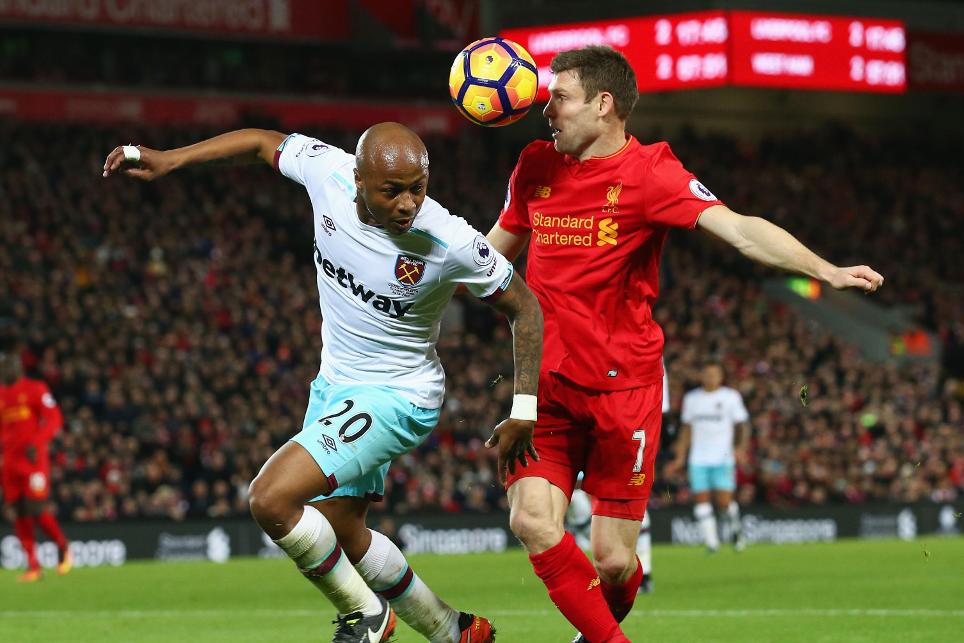 But the visitors levelled on 27 minutes through Dimitri Payet's 25-yard free-kick, and edged ahead when Michail Antonio latched on to Havard Nordtveit’s deflected long ball, prodding past Loris Karius.

Joel Matip headed against the bar on the stroke of half-time, but Liverpool were on terms on 47 minutes when Divock Origi pounced on Darren Randolph’s error.

The third-placed Reds carved out numerous chances but could find no further breakthrough and so move on to 31 points, six behind leaders Chelsea. West Ham are 17th with 13.