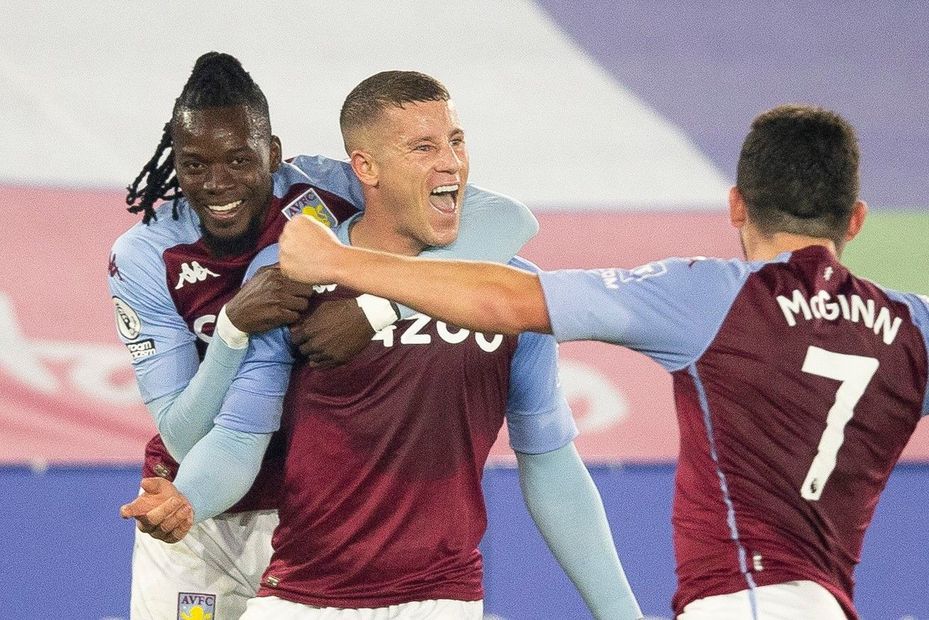 Ross Barkley has certainly hit the ground running at Aston Villa, helping Dean Smith's side to a perfect start of four wins from four Premier League matches in 2020/21.

The 26-year-old midfielder, who arrived on loan from Chelsea last month, scored on his debut in the 7-2 triumph over Liverpool and then struck the late long-range winner in Sunday's 1-0 victory at Leicester City.

Barkley is one of three Villa players to earn a place in Alan Shearer's Team of the Week, while the Premier League's record goalscorer has also reserved special praise for head coach Smith.

🦁 @AVFCOfficial are well represented in @alanshearer's Team of the Week pic.twitter.com/I3qPqXW8ov

The Brazilian played his part in a much-needed clean sheet with three good saves to keep Arsenal out.

Deployed on the right side of a back three, he produced a really solid display to keep Pierre-Emerick Aubameyang quiet.

Leeds United scored three goals at Anfield but couldn’t find a way past Coady and co. The captain read the game superbly well.

Once again outstanding, he was the driving force with his close control, incisive runs and clever passes.

His goal and his passing were so good that he was able to miss a penalty and still be brilliant!

He has been given a new lease of life at Villa. His winner was a trademark Barkley goal, with a driving run and superb strike from range.

He has to be in my team after scoring a goal like that in stoppage time to complete an astonishing comeback!

An outrageous all-round performance which had everything. He scored two fantastic goals, produced a glorious pass for Son Heung-min’s strike and made a great last-ditch block in his own box.

Up and running now in the Premier League, and there’s a lot more to come. He looked very sharp and added an assist to his two skilful goals.

He’s got his players playing with huge confidence. No one will want to play Villa at the moment.