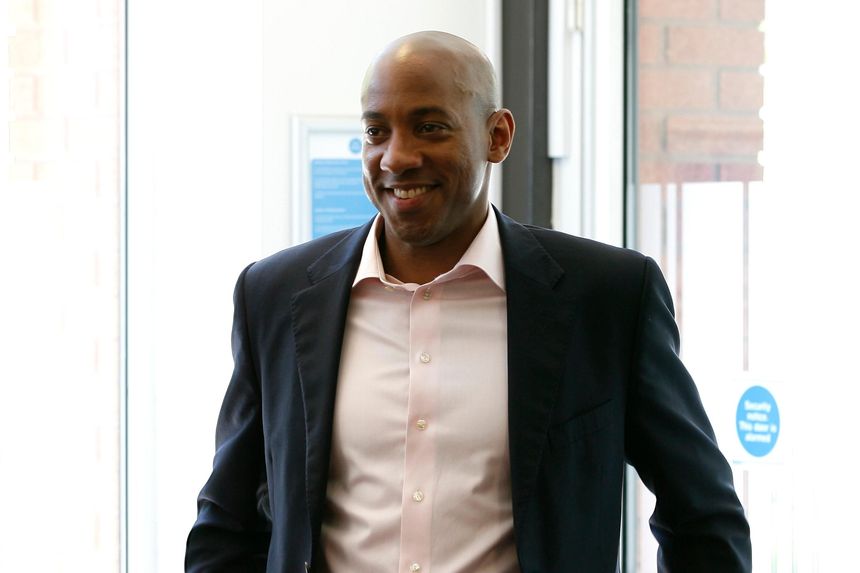 Premier League calls on fans to challenge racism
Calvert-Lewin: It's important to speak about racism
This is Everyone's Game - Black Voices External Link

Dion Dublin has said more needs to be done on racism in England’s schools if anti-discriminatory initiatives like the Premier League’s No Room For Racism are to no longer be needed.

The former Aston Villa striker was speaking after the launch of the latest phase of the No Room For Racism initiative on Friday.

Dublin backed the initiative's introduction of educational resources to encourage schoolchildren to discuss racism, but feels more should be done by other authorities.

'Teach them from a young age'

"It should be part of the curriculum," Dublin said on BBC’s Football Focus.

"As a child it should be part of learning. What’s the white culture? What’s the black culture? Simple as that. Just teach them from a young age.”

As part of No Room For Racism, a series of educational resources featuring players such as Dominic Calvert-Lewin, Neal Maupay, Divock Origi, Hamza Choudhury and Manchester City Women's Demi Stokes talking about racism will be made available to more than 18,000 primary schools through the Premier League Primary Stars programme.

The resources are designed to stimulate children to talk about racism, something that former Arsenal Women’s star Alex Scott is keen to see maintained.

“At the moment a lot of things are being pushed through and we are getting to a place where we are having more conversations about it,” Scott said. “It’s keeping that momentum behind it now.”