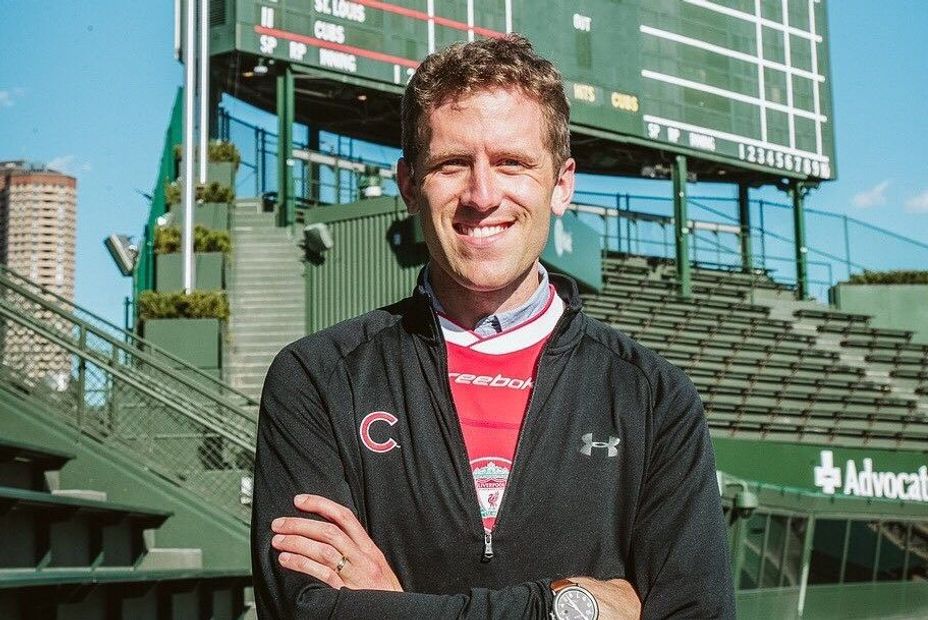 A Chicagoan explains his passion for the Cubs and Liverpool FC, two historic teams 3,000 miles apart

This season the Premier League's US Instagram account, @PLinUSA, is highlighting the passionate, diverse PL fandom from coast to coast, in the series Premier League passion in the US: Fans' stories.

Meet a dedicated fan of Liverpool and the Chicago Cubs, whose historic stadiums and iconic statuses make them a match made in heaven.

"I’m the manager of game entertainment and broadcast relations with the Chicago Cubs. This is my eighth season with our ball club. Being born and raised in Chicago and a Cubs fan, I have to pinch myself that I get to work here.

"My Liverpool fandom started the summer going into seventh grade. I took a family trip over to England.

"I made my mom take a day trip with me up to Liverpool because we had just studied the Beatles in school. Little did I know Liverpool Football Club were releasing their new shirt for the upcoming season.

"So, I made my mom stand in line with me for what had to have been an hour. I got myself a Michael Owen jersey, which I thought was the coolest thing that I owned by far. And that's really where it started.

"Obviously there are a lot of similarities between the two [teams]. Wrigley is the only ballpark that’s in a city neighborhood, surrounded by houses and rooftops seats. You drive to Wrigley and you're weaving through a neighborhood and then, bang - all of a sudden there's the lights and the marquee.

"Anfield feels very much the same way, when you’re driving up there and even walking around the area, not to mention the history and the amount of years that have been played in each.

"With what I do, we're always trying to connect the Cubs to culture. Certainly the Premier League is part of that.

"With [NBC Sports commentator] Arlo White, we had seen and heard about his Cub fandom and affinity for Chicago. So he came out and threw the first pitch of course, and we surprised him to have him sing the 7th inning stretch.

From throwing out a first pitch, to attempting some play-by-play with ⁦@lenandjd⁩, to singing the 7th inning stretch with Aunt Kath & Uncle Bill...

It was like an out of body experience for which I will always be grateful.

"He handled it like a pro. The lights come on, I hand him the mic, it’s go time, you’ve got 40,000 people ready to go. It was incredible, and you could see how much it meant to him. It was all really touching.

"It's been nice to meet other fellow Cubs and soccer fans from all walks of life that I get to meet in this kind of role."