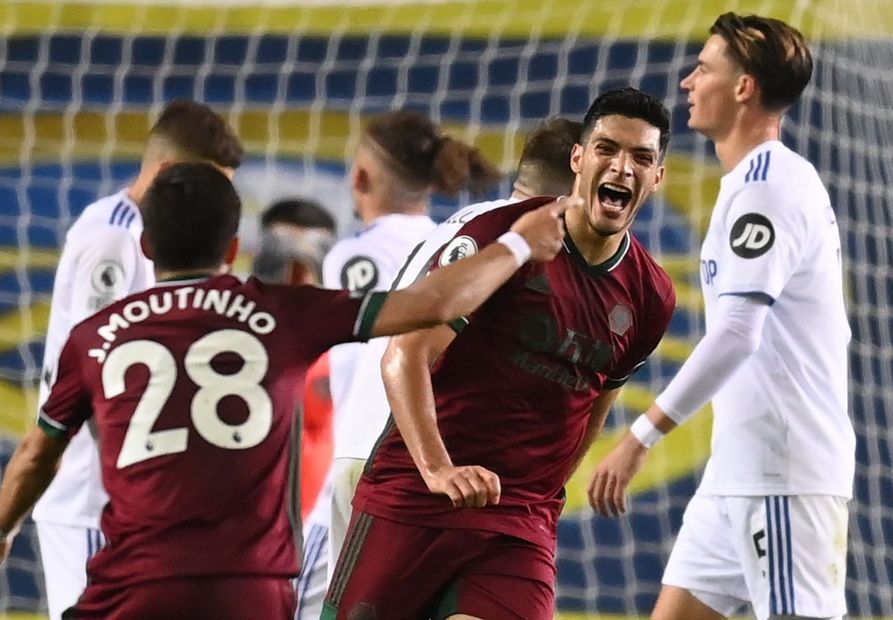 Raul Jimenez scored his third goal of 2020/21 as Wolverhampton Wanderers edged to a 1-0 win against Leeds United at Elland Road.

It took a smart save from Leeds goalkeeper Illan Meslier to deny Daniel Podence following a swift Wolves counter-attack just before half-time.

Romain Saiss thought he had fired Wolves ahead on 54 minutes with a fine finish from Podence's cross, but his effort was ruled out for offside in the build-up.

But Wolves went ahead 16 minutes later when Jimenez's goalbound effort deflected in off Kalvin Phillips and left Meslier stranded.

Wolves move up to sixth position on nine points, two points ahead of Leeds, who slip to 10th place.