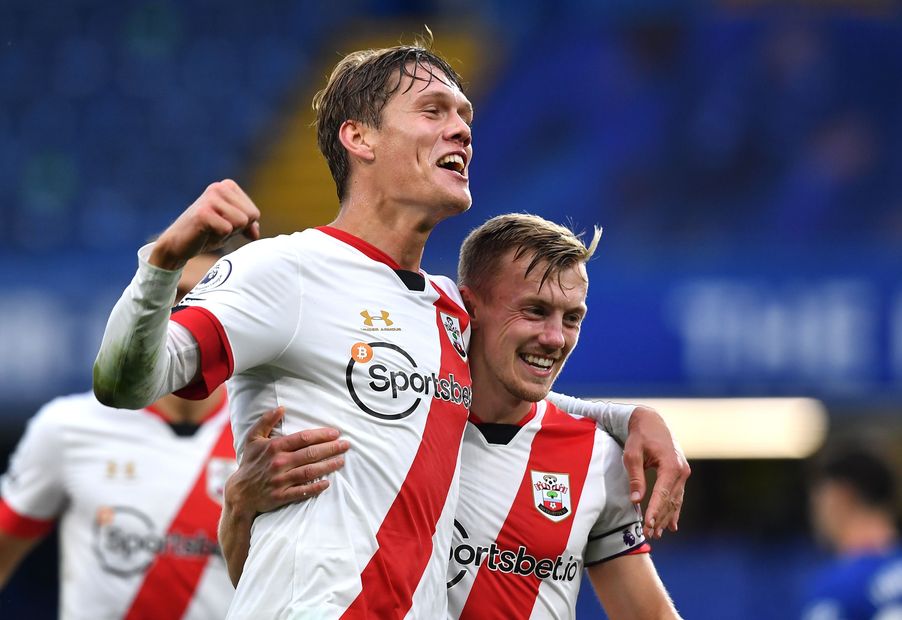 Jannik Vestergaard's stoppage-time header rescued a point for Southampton as they came from two goals down to draw 3-3 at Chelsea.

Timo Werner put Chelsea ahead on 15 minutes after a clever turn and run for his first Premier League goal.

The German got his second 13 minutes later, racing on to Jorginho's lofted pass and coolly lifting the ball over Alex McCarthy before heading in.

Against the run of play, Danny Ings halved the deficit as he rounded Kepa Arrizabalaga to tap in just before half-time.

A defensive mix-up on 57 minutes allowed Southampton to equalise through Che Adams.

But in the second minute of added time, Theo Walcott's shot was glanced in by Vestergaard to lift Saints to 10th on seven points.

King of the Match: Timo Werner