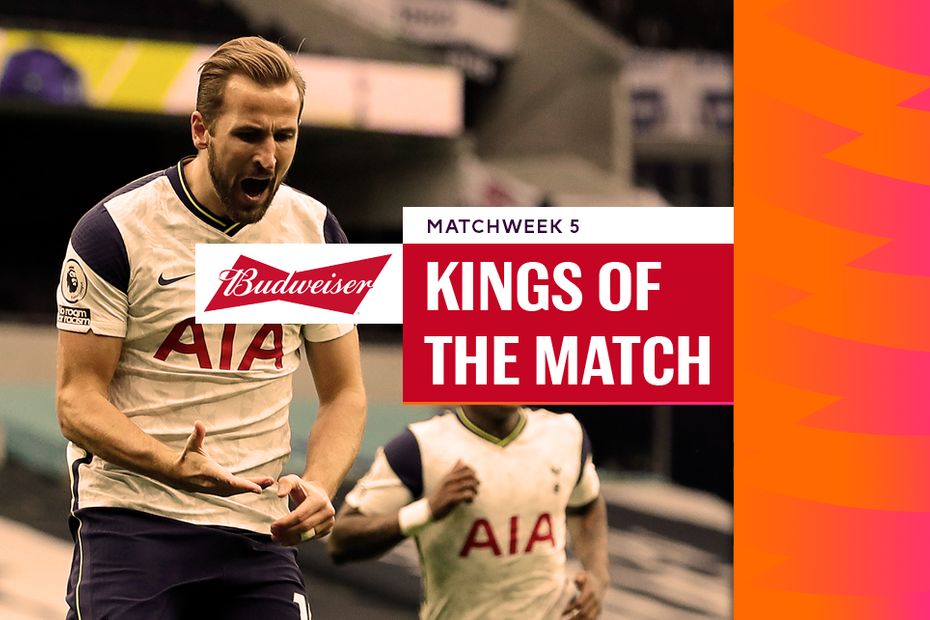 Supporters voted in their thousands to crown their Budweiser Kings of the Match in Matchweek 5.

The Liverpool star scored his 100th goal for the club in stunning fashion, narrowly giving him the edge over Dominic Calvert-Lewin in the vote.

Chelsea's German striker was involved in all three goals, scoring his first two in the Premier League and assisting Kai Havertz to earn 57.6 per cent of the vote.

The scorer of the winning goal impressed supporters with 48.4 per cent of the vote to finish ahead of Bukayo Saka of Arsenal.

He bounced back from missing a penalty at St James' Park by scoring Manchester United's second goal and then assisting Marcus Rashford, who placed second in the vote.

The recently-signed winger returned to Premier League action with a debut goal for Fulham at Bramall Lane, pipping Sheffield United goalkeeper Aaron Ramsdale to the accolade.

Zaha's seventh goal against Brighton & Hove Albion in all competitions earned the Crystal Palace star 58.1 per cent of the vote.

Kane starred at Tottenham Hotspur Stadium as he set up one goal and scored two himself in the opening 16 minutes against West Ham United to take just under half of supporters' votes.

Aston Villa contained the threat of Leicester City to earn a fourth straight win and their goalkeeper was instrumental, making five saves and gaining 43.8 per cent of the vote.

The 27th clean sheet of Pope's Premier League career helped Burnley to a first point of the campaign and a huge 58.9 per cent of the vote at West Bromwich Albion.

A second-half goal by the Wolverhampton Wanderers forward, his third overall this season, secured a 1-0 win at Leeds United and earned the Mexican the backing of 56 per cent of supporters.