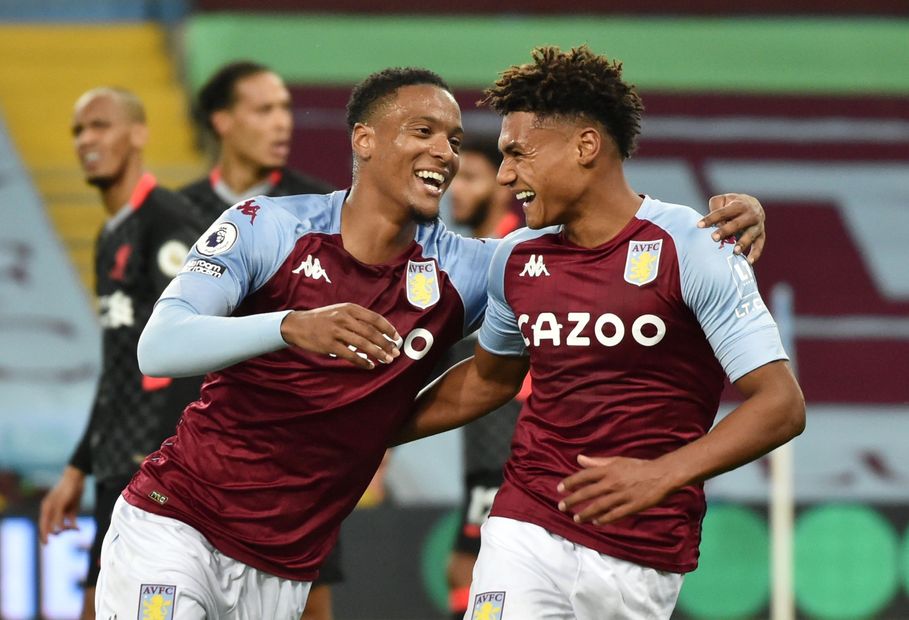 A perfect hat-trick from Ollie Watkins fired Aston Villa to second place after a sensational 7-2 win over champions Liverpool.

The Villans led after only four minutes when Liverpool goalkeeper Adrian conceded possession to Jack Grealish, who teed up Watkins for a simple finish.

Villa's lead was doubled when Watkins cut in and slammed a shot into the top corner on 22 minutes.

Watkins' hat-trick header made the score 4-1 and 10 minutes after half-time, Ross Barkley added a fifth.

Salah pulled another goal back on the hour but Grealish's double on 66 and 75 minutes completed the comprehensive victory.

Villa now have three wins from three while Liverpool are fifth, also on nine points.