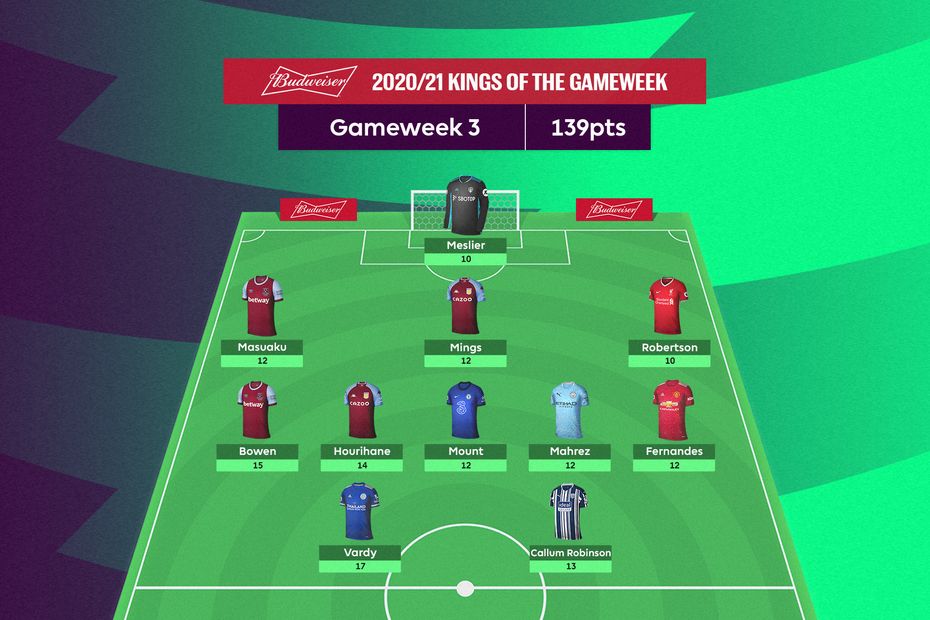 The West Ham United winger had dropped £0.2m in price in the opening two Gameweeks after blanking against Newcastle United and Arsenal.

But Bowen rewarded his patient owners with a 15-point haul in Gameweek 3, a total bettered only by the 17 points of Jamie Vardy (£10.0m).

Points at the back

Arthur Masuaku (£4.5m) also made a big impact for the Hammers.

Playing as a left wing-back, he combined an assist with a clean sheet and the maximum three bonus points.

West Ham became only the third team to produce a shutout at home across the opening 28 such matches of 2020/21.

Bowen and Masuaku take their places in the top-scoring Gameweek 3 team, which totalled 139 points in a 3-5-2 formation.